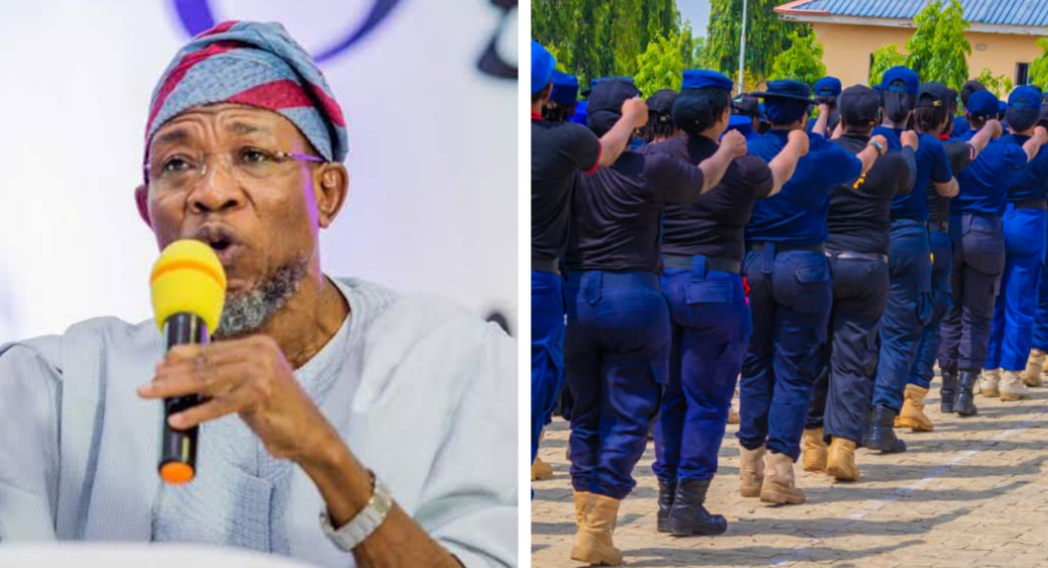 On the 8th of April, 2022, the Nigeria Security and Civil Defence Corps (NSCDC) announced that its recently recruited applicants are to resume physical trainings on Monday at various NSCDC training colleagues across the country.

The Commandant General (CG) of the security outfit (NSCDC), Ahmed Audi had directed zonal commanders and state commandants to make adequate arrangements for the resumption of the training programme.

When the training exercise commenced on Monday, it started with a load of controversies at the NSCDC permanent site, state command situated along Iwo road in Osogbo, the capital of Osun state which coincidently is the home state of the current Minister of Interior, Rauf Aregbesola.

There are claims that recruited applicants were asked to make some payments such as N100 for bedspace per day, N2000 per applicant to fix possible leakages in the water supply connection, contribute funds for fuel and electric wires including installation among others.

All these claims are not in line with the directive of the NSCDC headquarters especially the position of the Commandant General of the security which mandated that all state commandants must make adequate arrangements for the resumption of the training programme.

A recruited applicant who prefers anonymity over fear of possible intimidation told WITHIN NIGERIA that all these claims are true but there are new developments now.

The applicant said it is true that they were asked to pay the sum of N100 for bedspace per day but it was later reversed after agitations from certain quarters. Camping is no feasible again. We now come to training from home.

When asked about contributions for purchase and installation of electric wires, the recruited applicant said the hostel has been wired already. At first, they told us to contribute money for electric wires so that the hostel can be connected to the main pole but it was later reversed.

Another recruited applicant told WITHIN NIGERIA that there is a borehole and storex tank available at the training ground but they were directed to contribute N2000 per applicant to fix leakages owing to faulty pipes and poor connection caused by the contractor.

The recruited applicant while decrying the extortion also complained that the price of food at the training ground is expensive.

There was no provision for food by the security outfit but they allowed vendors to create food stands at the training ground. These vendors take advantage of the situation and make their food expensive, the applicant added.

When contacted, the Public Relations Officer of the Nigeria Security and Civil Defence Corps (NSCDC), Olabisi Atanda told WITHIN NIGERIA that she can not confirm if the claims are true or not.

Majority of the applicants have good working relationship with me and I have not heard anything of such from them. I visited the permanent site too and nobody brought my attention to it but I will do my findings and get back to you, Osun NSCDC spokesperson added.

Collaboration, pathway to taming piracy in Gulf of Guinea

Bauchi: Allegations of blasphemy new excuse by Northern fundamentalists to kill - CAN

Blasphemy: Events that led to Deborah's death will not happen again, Tambuwal vows