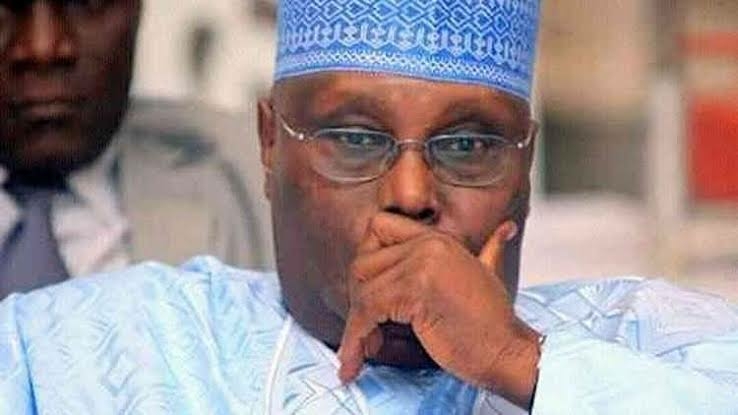 Atiku Abubakar, former Vice President and presidential aspirant under the platform of Peoples Democratic Party (PDP) has once again clinched the presidential ticket of the main opposition party.

Atiku was pronounced the presidential candidate of the Peoples Democratic Party (PDP) in 2023 general election after defeating his close rivals like Governor of Rivers state, Nyesom Wike, former senate president, Bukola Saraki among others in a stiff-contested primaries.

Governor of Sokoto State, Aminu Tambuwal who is also eyeing the presidency top seat stepped down for Atiku Abubakar barely an hour before the commencement of voting exercise by party delegates.

The presidential primary of the main opposition party, Peoples Democratic Party (PDP) was held at the Moshood Kashimawo Abiola stadium in Abuja.

A check by WITHIN NIGERIA revealed that the seasoned politician, Atiku Abubakar has been eyeing the presidency seat since 1993 and till date, he has not achieved the feat.

He also contested the presidential primaries of the People’s Democratic Party during the 2011 presidential election losing out to incumbent President Goodluck Jonathan.

Atiku Abubakar in 2014 dumped the Peoples Democratic Party (PDP) and defected to the All Progressives Congress ahead of the 2015 presidential election and contested the presidential primaries losing to Muhammadu Buhari.

Atiku was a presidential candidate of the Action Congress in the 2007 presidential election coming in third to Umaru Yar’Adua of the PDP and Muhammadu Buhari of the ANPP.

Atiku Abubakar in 2017 returned to the Peoples Democratic Party and was the party presidential candidate during the 2019 presidential election, again losing to incumbent President Muhammadu Buhari.