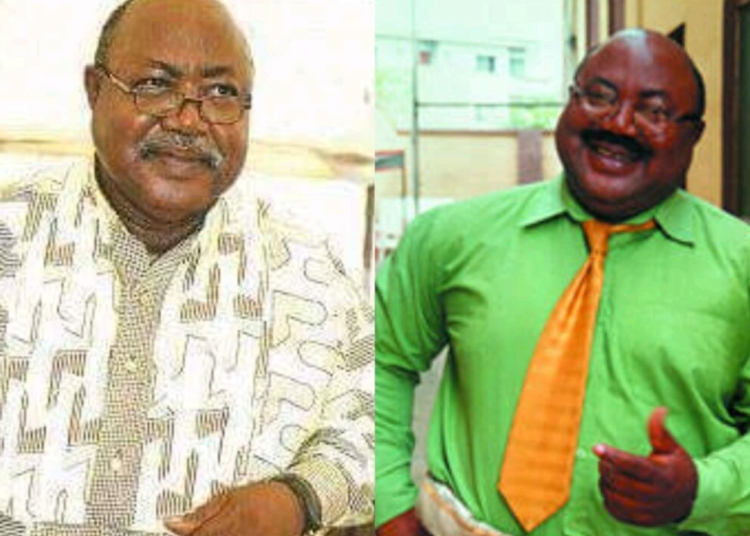 In the blink of an eye, death can occur. The grim reaper, if he or she were human, would be an introvert. Only an introvert carries out their plans in silence and lets the end result be heard. Death has visited the home of Femi Ogunrombi, taking the well-known comedy actor and leaving his loved ones in grief, sorrow, and tears, like it has many other places.

When the heartbreaking news of Ogunrombi’s departure broke, media outlets said that ‘Papa Ajasco’ had died and gone to heaven. There was an identity issue. Our screen has been beautifully decorated by two people playing the roles of “Papa Ajasco.” Abiodun Ayoyinka, the first person to portray the role, was followed by Femi Ogunrombi, the second.

Ayoyinka backed out of the TV show and Ogunrombi took his place, handled the part with class and grace. Ogunrombi, the second character and current Papa Ajasco of the Wale Adenuga television series, passed away early on Sunday. He passed away after years of delighting our screens as “Papa Ajasco,” a large, portly affluent man with amusing mannerisms.

When questioned about the departed Femi Ogunrombi, well known by his stage name Papa Ajasco, many followers describe him as a typical Nigerian humorous actor and musician. Femi Ogunrombi, who was born in Ife, was not just a funny actor; he was also a talented vocalist, music director, and registered nurse.

Ogunrombi’s tale was not without flaws. It was a story about giving in to desires. He had initially decided to pursue a career in medical nursing before deciding to switch to acting.

Ogunrombi went to Lagos in the early 1970s to pursue a career as a medical nurse, according to the findings. Ogunrombi abandoned the profession despite receiving his training at the General Hospital Ikeja in Lagos in order to pursue his true passion, the arts.

Additionally, he held the positions of director of studies at Pencil Film & Television Institute and music director of Nigeria’s National Troupe.

According to reports, “Uncle Ogunrombo,” the father of three girls, died on January 14, 2023. He was a beloved ethnomusicologist, National Troupe music instructor, and licensed nurse.

The over 60-year-old actor and multi-instrumentalist Ogunrombi studied music and drama at Obafemi Awolowo University and founded and directed a choral group known as The Ayoro Voices. He is also a music teacher, composer, actor, producer, and director of music and film.

This ensemble served as the OAU’s cultural ambassador from 1980 and 1983.
Although he became famous after taking Abiodun Ayoyinka’s place in the Wale Adenuga-created television serial Papa Ajasco, his dedication to music and cultural growth cannot be easily matched.

He was more interested in developing people and put more emphasis on the development of the younger generation. He genuinely consented to take Ayoyinka’s position, but he didn’t seem too bothered about taking on the role of Papa Ajasco, the well-known figure that Ayoyinka had long played.

He was less concerned with being the face and more with performing, the arts, having fun, and delivering unusual performances.

As we mourn Femi Ogunrombi, we should recall his accomplishments in music and the mentoring of budding performers rather than his work in drama. He should also be regarded as a man who gave up his career as a nurse in order to bless our television for many years. Femi Ogunrombi should get a banger for the happiness and hilarity we have captured.