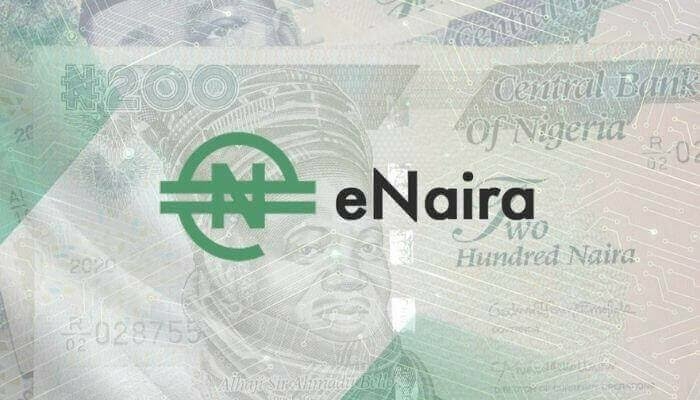 Users can access the eNaira through a mobile app, which offers a digital wallet that connects to a user’s bank account. Transactions are primarily completed by sharing and scanning QR codes or a short payment code that is unique for each transfer. Users without a bank account can register for an eNaira wallet, but they are restricted to a maximum of 50,000 naira ($120) worth of transactions daily — banked users can go up to 500,000 naira ($1,200).

It’s been a year since the eNaira was launched and records show it has not been a complete success, as one of the largest issues currently facing the eNaira is its adoption among citizens.

For example, in a report by Bloomberg, a privately held financial, software, data, and media company, it was discovered that less than 0.5 percent of Nigerians are using digital currency.]This means less than one in 200 people in Nigeria are active users of the eNaira. This is despite having a year to promote and encourage the adoption of the CBDC.

During a ceremony held by Nigeria’s central bank, to celebrate one year of the eNaira, its governor Godwin Emefiele spoke on its use. He explained that eNaira had recorded around 700,000 transactions worth over ₦8billion.

Despite this seemingly positive statistic, Bloomberg also reported that around one million Nigerians had downloaded the eNaira digital wallet. This suggests that over 300,000 wallets have been opened but are not used.

Several Nigerians who spoke to Within Nigeria noted that the eNaira has no peculiar advantage, hence they find it difficult to adopt it.

Agbabo Temitope said he is yet to adopt the eNaira because it has no edge over other online payment services.

“It makes no difference, how many vendors accept it? there is no special advantage in using it, it has no edge over other online payment systems,” he said.

Babatunde Ahmed noted that the eNaira does not increase in value and does not see any importance in it since he can make transactions online.

“I can do online transactions through other platforms. The eNaira does not increase in value. It is not important, unlike cryptocurrency” he said.

Cryptocurrency over the eNaira

Bitcoin and other cryptocurrency adoption have increased in the country since February 2021 upon the crypto ban and the October 2021 introduction of the eNaira.

According to Nairametrics, Nigerian peer-to-peer Bitcoin transactions for the 2nd quarter of 2022 totalled US$34.4 million. However, Nigeria’s Q2 total is more than the remainder of the top 5 African countries combined (South Africa, US$15.2 million, Kenya, US$7.8 million, Ghana, US$ 640 000 and Tanzania, US$600 000). This is happening even as they face an effective cryptocurrency ban.

The policy is failing because it was trying to copy other cryptocurrencies and the value of cryptocurrencies either increases or decreases, Ajike Precious, an economic expert told WITHIN NIGERIA. He said People make use of and hold on to cryptocurrencies because of speculative reasons, “they think the value will increase and they would make more money. eNaira value of the naira doesn’t increase. The eNaira on your wallet is the same as the naira at hand.

“Other reasons are the lack of financial inclusion in Nigeria, so many people do not have mobile phones, so many people do not use bank accounts, high illiteracy rate, so with these, they can’t adopt the eNaira. People that do not have a phone or an account can’t make use of eNaira. Also, there is a lack of publicity and banks do not want to adopt it because they make a lot of money from transaction costs.”