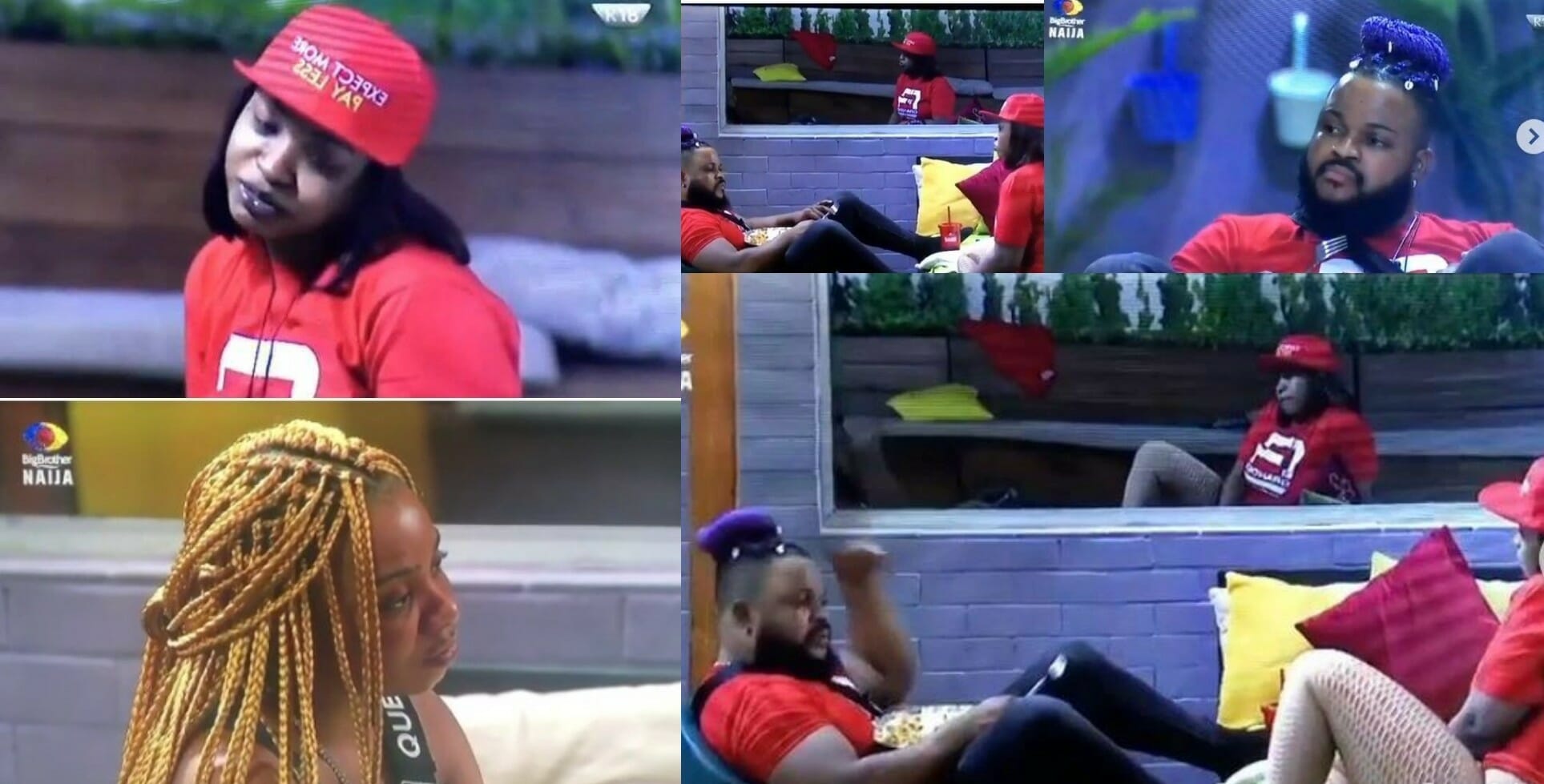 BBNaija 2021: WhiteMoney Reacts As Jackie B Questions Him Over Queen’s Sad Mood [VIDEO]

Moments after Whitemoney and Queen had a conversation about the situation of their friendship and trying to understand each other, fellow housemate Jackie B, who seems to be the root cause of the problem between them was spotted trying to find out what happened between them from Whitemoney.

Jackie B asked Whitemoney “What happened between you and Queen”.

Whitemoney responded that Queen is just being her usual moody self that she will be fine. He said this without revealing any of the things he discussed with Queen or why she is behaving that way even though it is obvious that he is romantically attracted to Jackie B.

After listening to Whitemoney’s response, Jackie B added that her reason for asking was because Queen has been giving her attitude and she wouldn’t like it to be that she (Jackie B) is the cause of that as she doesn’t want any part in their issues.

Jackie B and Queen were getting along in the house just fine and even planned to go on trips together after the Big Brother Naija reality TV show but with Queen having feelings for Whitemoney who isn’t reciprocating it because he has feelings for Jackie B, may affect their plans and friendship.