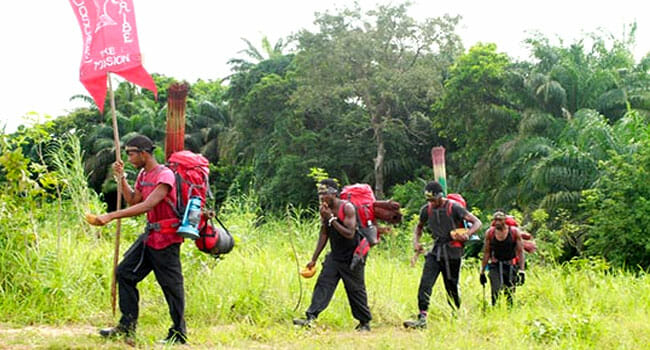 VIDEO: The Taskmaster of 2021 edition of ‘Gulder Ultimate Search’ revealed

The organisers of the reality TV show Gulder Ultimate Search have appointed Nollywood actor Kunle Remi as the taskmaster for this edition.

“Gulder Utimate Search is back and I’ll be your taskmaster,” he wrote.

Gulder Ultimate Search, GUS is Created and sponsored by Nigerian Breweries Plc, manufacturers of Gulder lager beer, GUS started in 2004 and enjoyed 11 seasons on air. The show went on to become the most-watched reality TV series in Nigeria before it ended in 2016 for reasons unknown to the public.

Nigerian Breweries (NB) Plc officially claimed that the show would make its comeback with “The Age of Craftsmanship” as the theme for the 2021 edition.

The show will begin October 16, 2021, and will run till December 19, when the grand finale will hold.