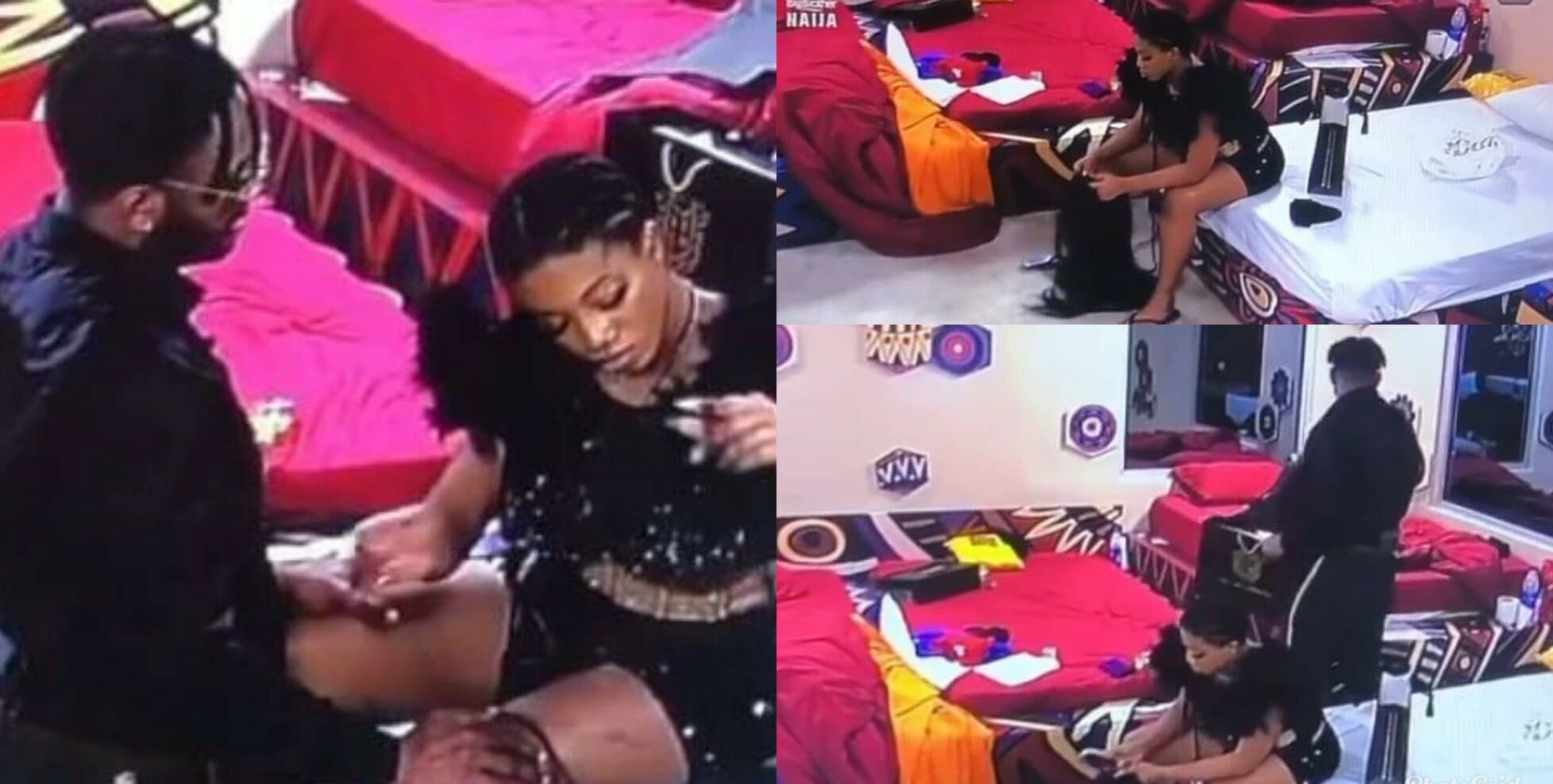 BBNaija 2021: Moment Cross went on his knees to plead with Angel to talk to him [VIDEO]

Moments after the big brother naija shine ya eyes housemates were done with their usual Saturday night party, Cross was caught on camera kneeling down on his knees in front of Angel and pleading with her to talk to him.

Cross stated that “Please tell me what I did wrong”.

After stating this, Angel refuses to respond to his pleas. He further added that either one or both of them may leave the shine ya eyes house come this Sunday night evictions and he wouldn’t like it if things continue that way without her talking to him.

But still Angel failed to say anything. Cross then decided to walk away leaving Angel all to herself.

We recall that Angel had revealed to some of her fellow housemates that she is no longer talking to Cross even though she failed to reveal the real reason behind her recent actions despite her and Cross being best of friends in the house.