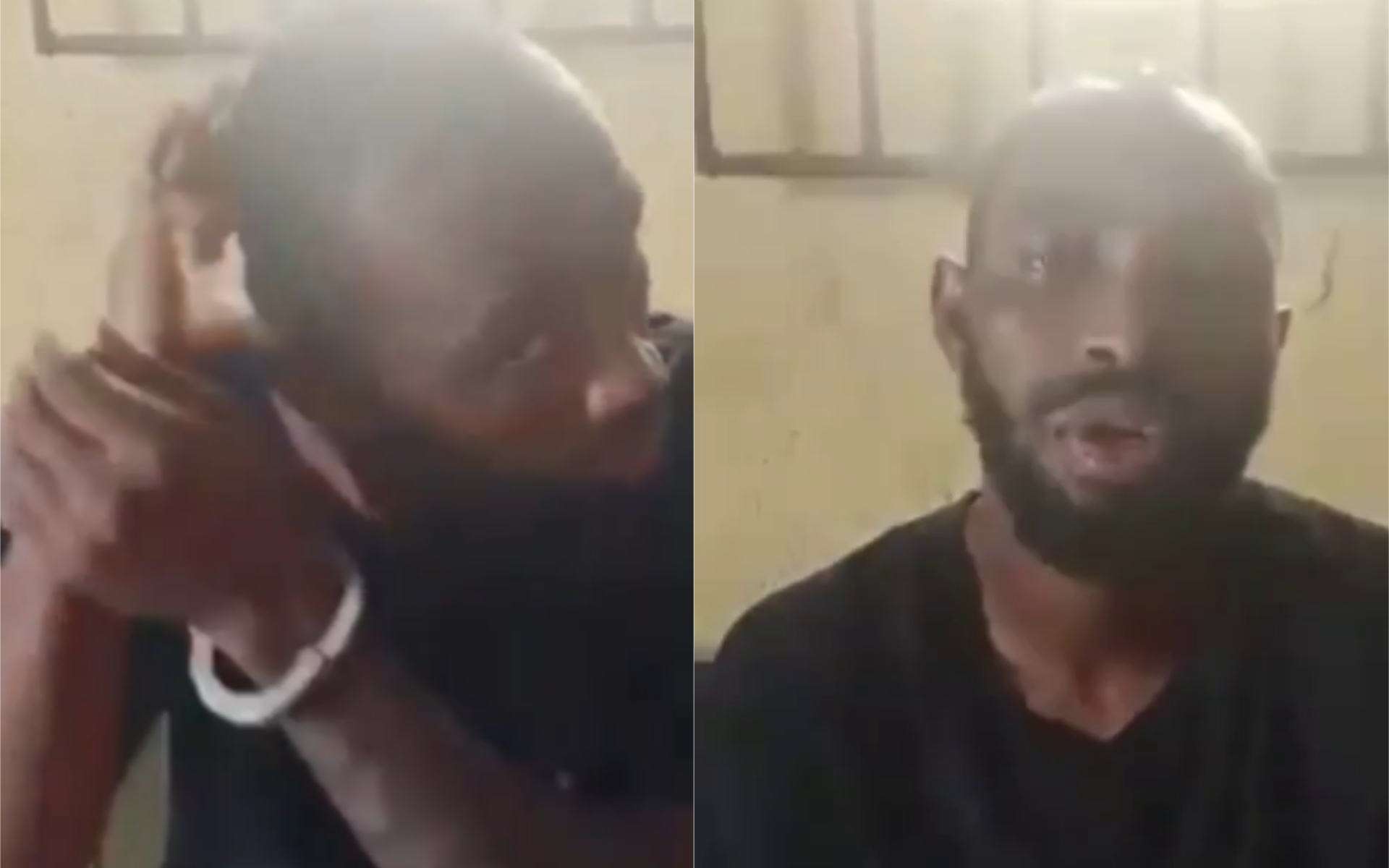 Video: Cultist narrates how he beheaded a rival cult member and pounded the head and body parts

A 27-year old, Nzubechukwu Victor, member of Supreme Vikings Confraternity has given a chilling account of how he and other members of his group murdered and decapitated one Ugochukwu Igwilo, a member of a rival group, Neo – Black Movement (Black Axe Confraternity), on March 6.

Nzubechukwu narrated in a viral video, how he and other members of his cult group lured Igwilo to a place where he shot and beheaded the deceased.

The last child in a family of five said his fellow cult member cut the hand and private part of the deceased which they took to a herbalist who grounded it and also made one of them pound the body part.

Watch the complete confession in the video below: