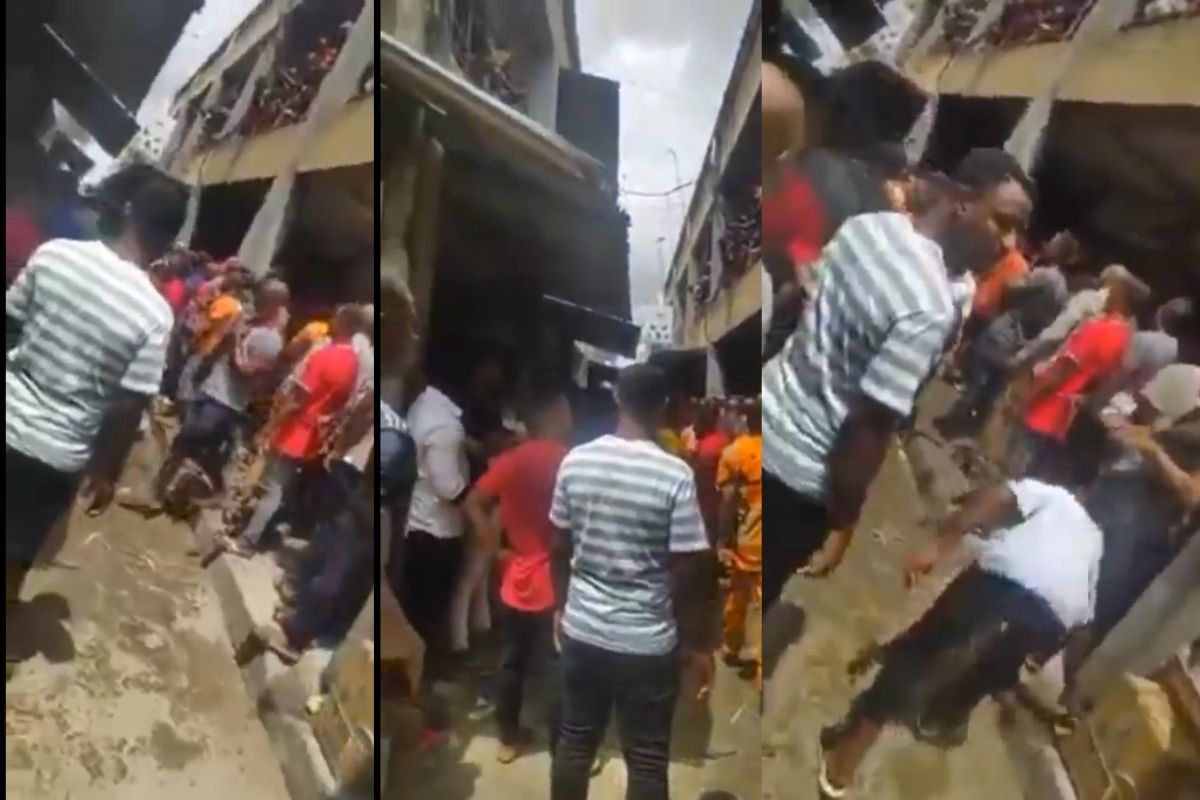 A Man has allegedly beaten his apprentice to death over a misunderstanding that ensued between them in the shop.

It was gathered that the incident happened at Auto Parts section of the Trade Fair Market in Lagos.

Some of the angry crowd which gathered at the scene were spotted throwing stones at the suspect’s shop.

The crowd expressed their anger with the way some masters maltreat boys under their care/tutelage. In angry tune, they stated that they will set an example with this.

They went as far as hitting the suspect’s shop until they succeeded in opening the shop. Every attempt to calm the angry crowd proved abortive as they insisted on attacking the Suspect’s shop.

The crowd who are fellow traders in the Auto Spare session of the market described the incident as unacceptable.

Watch the full below: