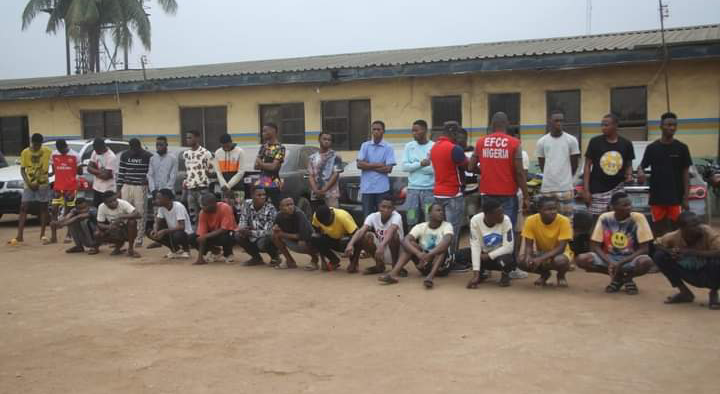 The Commission in a statement on Friday said the suspects were arrested at their various residences in the Sango area of Ogun State, on March 21, 2021, following intelligence reports received by the Commission about their involvement in the alleged criminal activities.

EFCC added that the suspects will soon be charged to court.