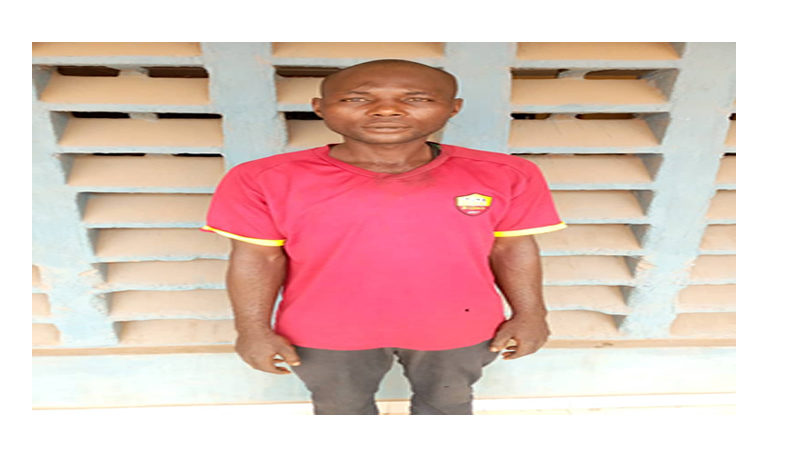 25-year-old Elisha James, has been arrested for allegedly raping a 4-year-old daughter of his co-tenant (Name-withheld) in Ogun state.

The spokesperson of the Ogun State Police command, Abimbola Oyeyemi, disclosed this today in a statement.

Oyeyemi said the suspect who resides at Mokore road area of Warewa, was arrested on the 29th of March 2021 following the complaint lodged by the mother of the victim at Warewa divisional headquarters.

The victim’s mother told the police that while she went out to spread some clothes she washed at about 7pm, she heard her 4years old daughter crying in the room of the suspect. She stated further that when she entered the room, she met the suspect defiling her daughter.

“On interrogation, he admitted to having committed the crime, claiming that he didn’t know what came over him.” Oyeyemi’s statement read in part.

According to the police spokesperson, the state Commissioner of Police, CP Edward A. Ajogun has directed that the suspect be transferred to the Anti-human trafficking and child labor unit of the state criminal investigation and intelligence department for further investigation and prosecution.