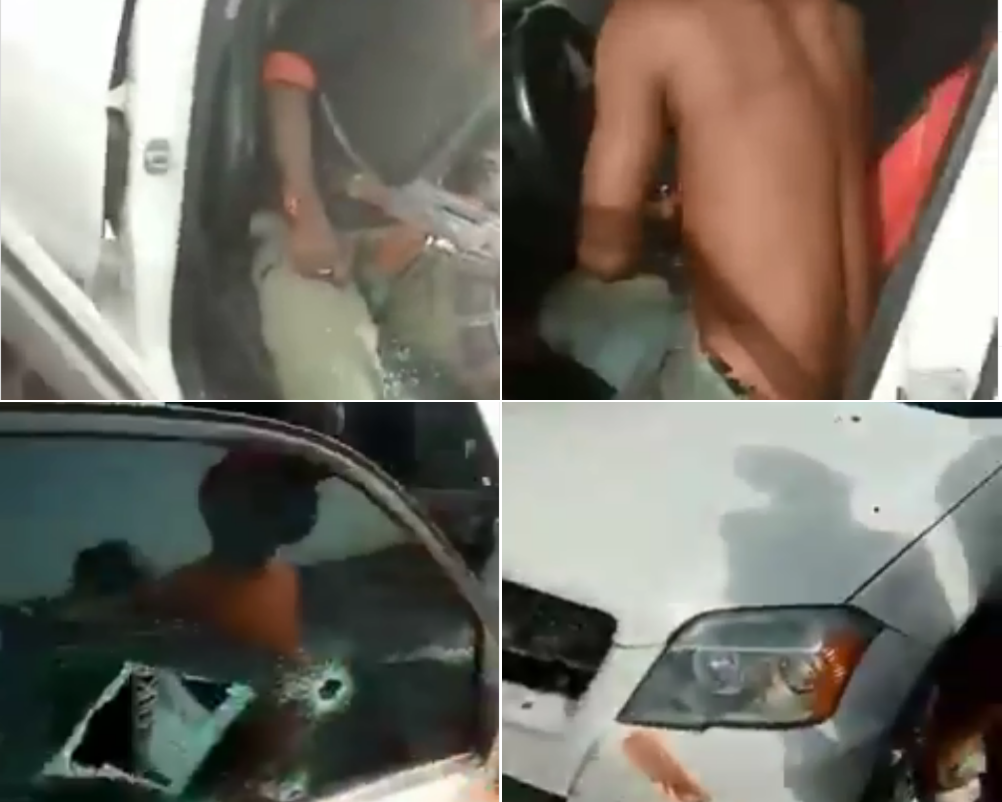 There was palpable panic and mourning in a Delta community as unknown gunmen reportedly killed four in broad day light in Udu Local Government.

According to a video obtained by WITHIN NIGERIA, the victims were identified as two sons of the Orhuwhorun monarch and two police officers; who were possibly security escorts.

As at the time of filing this report, it is unclear if the tragic incident was done by assassins or perhaps robbers.

However, it is certain that the perpetrators were armed to their teeth as the vehicles of the victims were scaled with bullets.

In another report, gunmen suspected to be bandits have killed the Nasarawa State Chairman of the Miyetti Allah Cattle Breeders Association, Alhaji Mohammed Hussain and his counterpart in Toto local government area, Mohammed Umar.

It was gathered that the Miyetti Allah leaders were murdered in Garaku, Kokona LGA on Friday night during an attack.