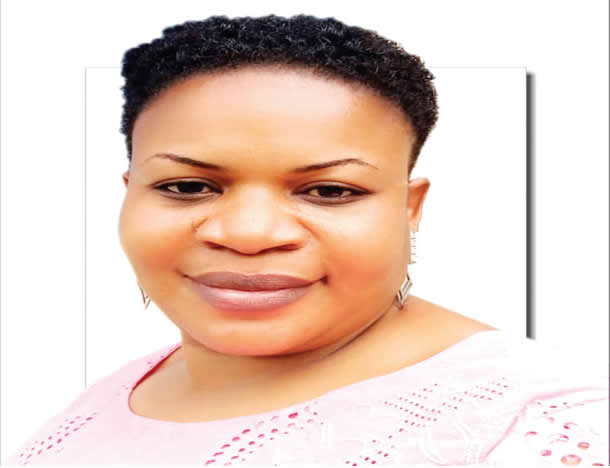 How hoodlums stabbed mother of three to death in Lagos

A legionnaire, Oluwakemi Odugbesan died after succumbing to the injuries she sustained when hoodlums attacked her on Oduntan Street in the Ikosi Isheri Local Government Area of Lagos State.

It was gathered that Oluwakemi was on her way home after attending a vigil in the Alapere area of the state when the tragic incident that claimed her life occurred around 6am on Saturday.

According to The PUNCH, the deceased’s husband, Rotimi, said he and his wife left the church together after the vigil but parted ways at the Glass House bus stop, adding that Oluwakemi was on her way to her parents’ house when the hoodlums stabbed her and stole her belongings.

Rotimi added that his wife was killed on his birthday, which was to be celebrated by the family.

“After the vigil, we both got to Oduntan Street junction and if not that I saw a bus to convey me home on time, both of us would have been attacked and I would have been killed as well, because I would have protected my wife, who was more like a mother to me. In fact, the day she was killed was my birthday and she was the first person to wish me a happy birthday during the vigil.

“When I got home, the children also wished me a happy birthday and we were praying together when I missed a call from my wife’s mother. She broke the sad news when I returned her call that my wife had been attacked by hoodlums on her way home. She said my wife had been rushed to hospital and when I got to the hospital, I saw her lying on the bed as the doctor and nurses were treating her.

“She was stabbed in the chest and laps, and the injuries she sustained during the attack killed her. My wife and I had already concluded plans to travel to Canada to continue our lives before she was killed. I want the police to thoroughly investigate her death, because I want justice,” he said.

The deceased’s mother, Sariatu, said Oluwakemi was rushed to a nearby hospital in the area, adding that she died while being treated.

She stated in tears, “It was her phone that people around the area used to call to inform me that she was laying helplessly on the road. My husband was not at home; I was the only one at home with my grandchildren, so, I managed to rush to the scene of the attack and saw my daughter in a pool of her own blood. She was stabbed mercilessly in the chest and thigh. I called her name and she raised her head but could not stand up, because she had lost so much blood and had no strength.

“I started begging people to help me carry her; it was around 6am and there was no car; so, I saw a man with a wheelbarrow and pleaded with him to help convey her to the hospital. When we got there, the doctor, who is my sister, started treating her immediately and I was told to go out. But after some time, the doctor came out, moved close to me and hugged me tightly. It was then I knew that my daughter had died and I went to where she was being treated, I called her name but she didn’t respond.”

Oluwakemi’s father, Rafiu, said his daughter, who is a legionnaire, gave birth to three children, adding that he wanted justice because she was killed unjustly.

The 69-year-old said, “My daughter gave birth to three children, Opeyemi, 14; Oluwatosin, 11; and Ibrahim, six. I want the government and the police to do proper investigation, because I want justice for her. I was in my hometown in Ijebu Igbo when I received a call that my daughter was attacked at Oduntan junction. Before I rushed down to Lagos, she had died and I was told that I could not see her corpse according to Yoruba tradition.

“The Divisional Police Officer, Ketu Police Station, visited my house on Oduntan Street and also went to the hospital and the scene of the attack. The police said they wanted to do a thorough investigation and took the corpse to the General Hospital in Ikeja. The hoodlums are fond of attacking and picking peoples’ pockets and stealing their property on Oduntan Street; we have been reporting their activities to the police but nothing has been done to secure the area.”

The state Police Public Relations Officer, Muyiwa Adejobi, who confirmed the incident, said, “On the woman’s death, we have not made any arrest yet; the Commissioner of Police, Hakeem Odumosu, has directed that the matter be transferred to the Homicide Section of the State Criminal Investigation and Intelligence Department, Panti, Yaba, for proper investigation. So, we are on the matter and are optimistic to do justice to the case.”