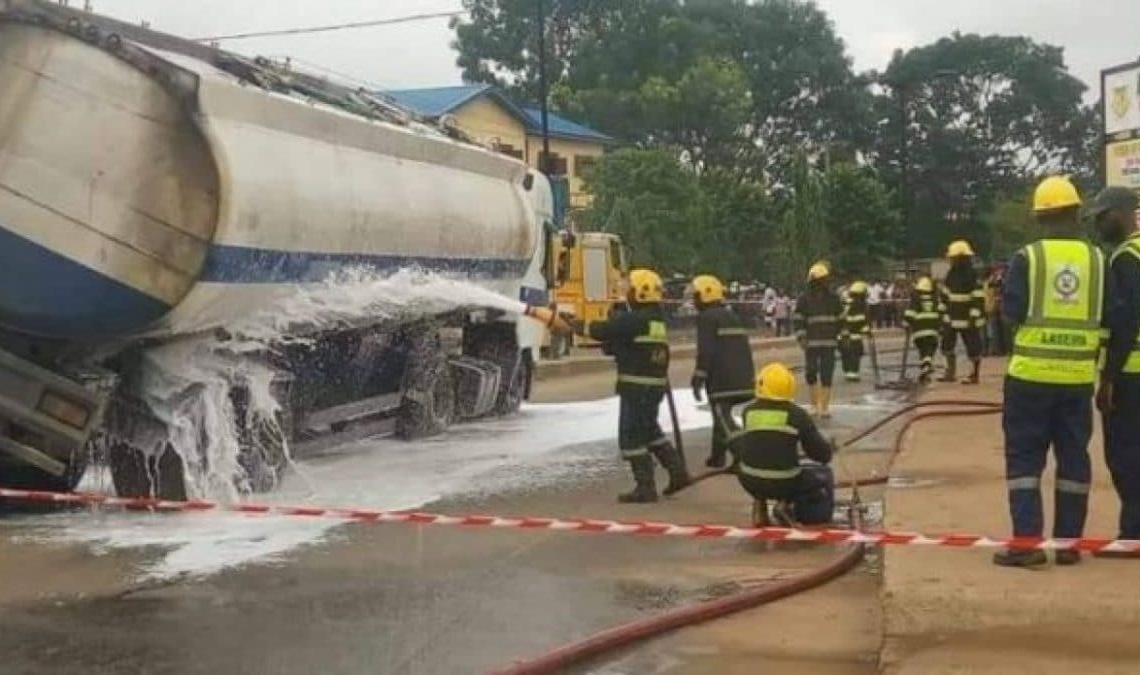 The Lagos State Emergency Management Agency (LASEMA) has recovered five vehicles involved in a multiple accident at Maryland area of the state.

The agency’s Director General, Dr Olufemi Oke-Osanyintolu, said in a statement on Saturday disclosed that the accident occurred when an oil tanker loaded with 45,000ltrs of PMS crashed into two containerised trucks.

“Upon arrival, it was observed that there was an accident involving three trucks and two vehicles.

He mentioned that further investigation revealed that the accident occurred as result of a mechanical fault developed by the said oil tanker.

The tanker had brake failure while on motion and crashed into other trucks and vehicles.

According to him, no life was lost.

“All vehicles involved in the incident have been removed,” he added.