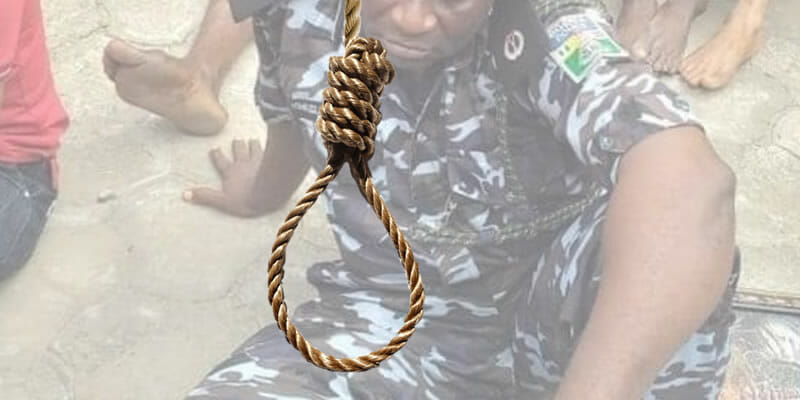 Two ex-police officers, three others sentenced to death for kidnapping

Two dismissed police officers and three others have ben sentenced to death for kidnapping in Akwa Ibom state.

The policemen are Corporals Friday Udo, and Saturday Okorie who have since been dismissed from the Nigeria Police Force.

Others were Walter Udo, Ibiono Ibom and Udo Etim whose house was used to keep the victim hostage, while demanding N100m ransom.

Justice Isangedighi said the accused were guilty of the offence.

“The prosecution has proved its case beyond reasonable doubts and found the accused guilty of conspiracy and kidnapping of Alhaji Muhammad Umar Barkindo on 25th November, 2011, an offence punishable by death in Section 1 subsection 2 of Akwa Ibom State Internal Security and Enforcement Law 2009,” she said.