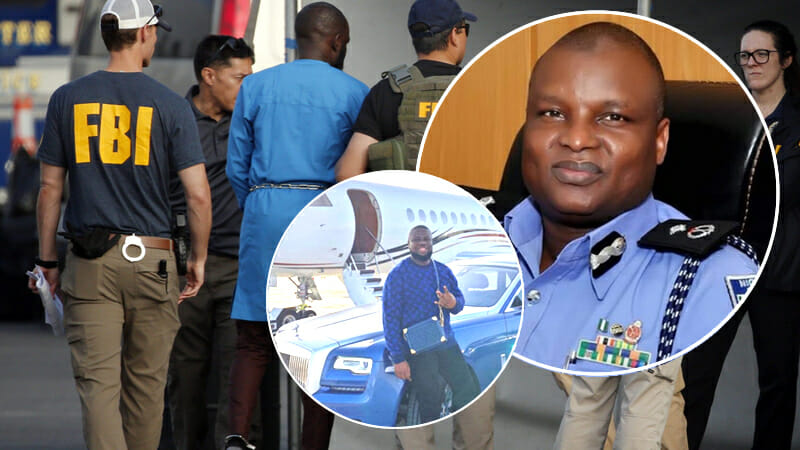 Embattled Deputy Commissioner of Police, Abba Kyari said ‘bad belle Nigerians’ will wait forever to see him arrested by the Federal Bureau of Investigation (FBI) over an alleged involvement in a fraud case with Ramon Olorunwa Abbas, commonly known as Hushpuppi.

The 46-year-old said he never demanded for a dime from Hushpuppi, admitting his focus was to save people’s lives that were purported to have been threatened.

Replying to one of the comments on the post, the police boss asked those criticising him based on his response to produce the “papers calling for our arrest”.

The ‘super cop’ Kyari wrote in the post, which he later deleted along with some other comments, “Hahahahaha indicted where, How? On social media abi. Let’s see the Evidence of the indictment or the Letter from the court looking for us. Many people who admire our clothes were connected to the designer, So this is an offense now? Or to arrest when their (sic) is a Complaint of threat to life is an offense?

“The bad belle people will wait forever to see us arrested or to produce the papers calling for our arrest. We will not be surprise (sic) if a Fake arrest warrant on us will start circulating later today.

“If FBI wants to hear from somebody working with any Government, they will send letter to the Government of that Country. Am sure that letter too can be fabricated and circulated on social media soonest too. Best wishes for the people waiting to see us arrested, Hahahahaha.”