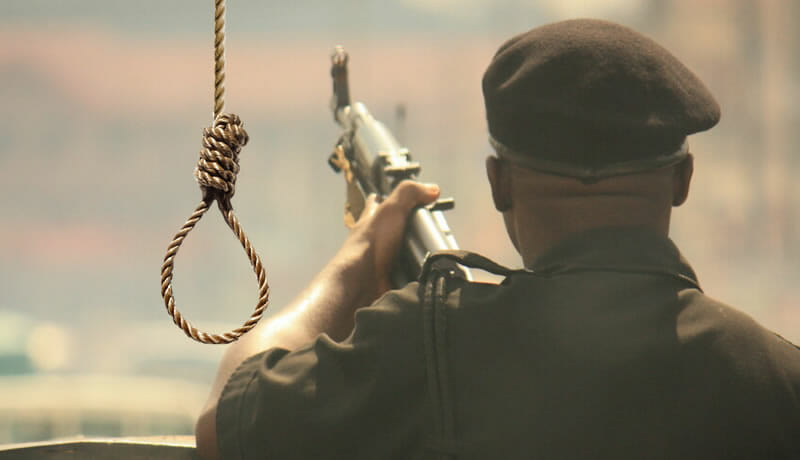 A Police Sergeant, Timade Emmanuel has been sentenced to death by hanging for the extrajudicial killing of a teenage student of the Niger Delta University, Amassoma, Bayelsa state in 2019.

Justice M.A. Ayemieye of the Bayelsa State High Court 2, in her judgment said Emmanuel, who has since been dismissed by the Force, was found guilty of killing the 19-year-old undergraduate of the Bayelsa State-owned NDU, Tarila Nikade, along Tenacious Road in Akenfa, Yenagoa area.

Justice Ayemieye, after hearing from three witnesses summoned by the Human Rights Committee of the Nigerian Bar Association (NBA), Sagbama branch, on the two counts of conspiracy to commit murder and murder brought against Emmanuel, ruled that evidence showed that the deceased was shot in the back in cold blood.

Authorities of the Bayelsa State Police had before the final ruling of the court conducted an orderly room trial for the indicted Sergeant Emmanuel and dismissed him from service over the killing.

According to The Nation, a member of the NBA National Public Interest Litigation Committee, Wisdom Meni Adike Esq. also known as Junior Gani, said the prosecution of the killer policeman lasted for two years due to the alleged initial attempts by some senior police officers to frustrate his prosecution and conviction.

Adike said in 2019, the Human Rights Committee of NBA Sagbama, through the then Chairman, Dise Sheila Ogbise and the incumbent Chairman, George Aderigha, immediately went to the scene of the crime to get necessary evidences.

He said the NBA Sagbama branch conducted a high level investigation and pursued the case to its logical conclusion, describing the verdict as a victory to all who worked in truth for the true attainment of justice.