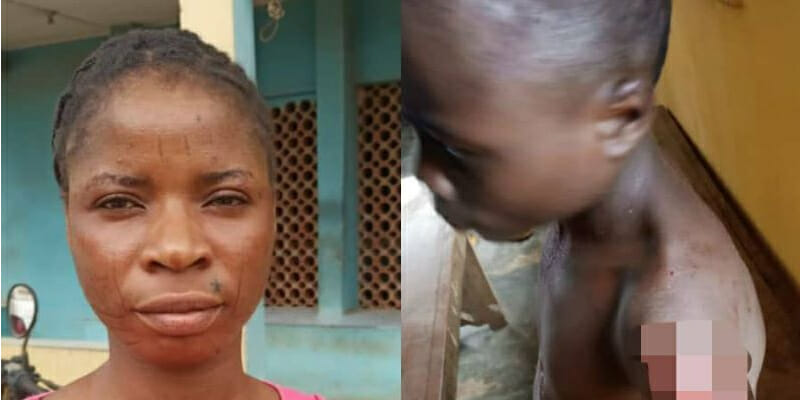 31-year-old woman, Shade Adelowo has been arrested by the police for using razor blades to inflict serious injuries all over the body of one Kehinde Ojo, an eleven year old son of her neighbor, over an allegation that the young boy stole the sum of #3000 from her purse at Giwa oke aro area of Agbado in Ogun state.

Spokesperson of the state Police Command, DSP Abimbola Oyeyemi, who disclosed this in a statement said the suspect, a mother of two was arrested following a report lodged at Agbado Divisional Headquarters by the victim’s mother.

Oyeyemi said Kehinde’s mother reported that the suspect accused her son who used to stay with her whenever she is not around of stealing the sum of #3000 from her purse, consequent upon which she used razor blade to inflict serious injuries all over his body.

Upon the report, the DPO Agbado division, CSP Kehinde Kuranga, detailed his detectives to the scene where the suspect was promptly arrested.

On interrogation, she claimed that the victim who used to stay with her whenever his mother is not around stole #3000 from her purse, and that she didn’t know what come over her that made her to inflict such grievous injuries on the boy. She further claimed that she has been taken care of the boy and his twin brother for quiet some time now, and that what happened on that fateful day is devil’s handwork.” he said. 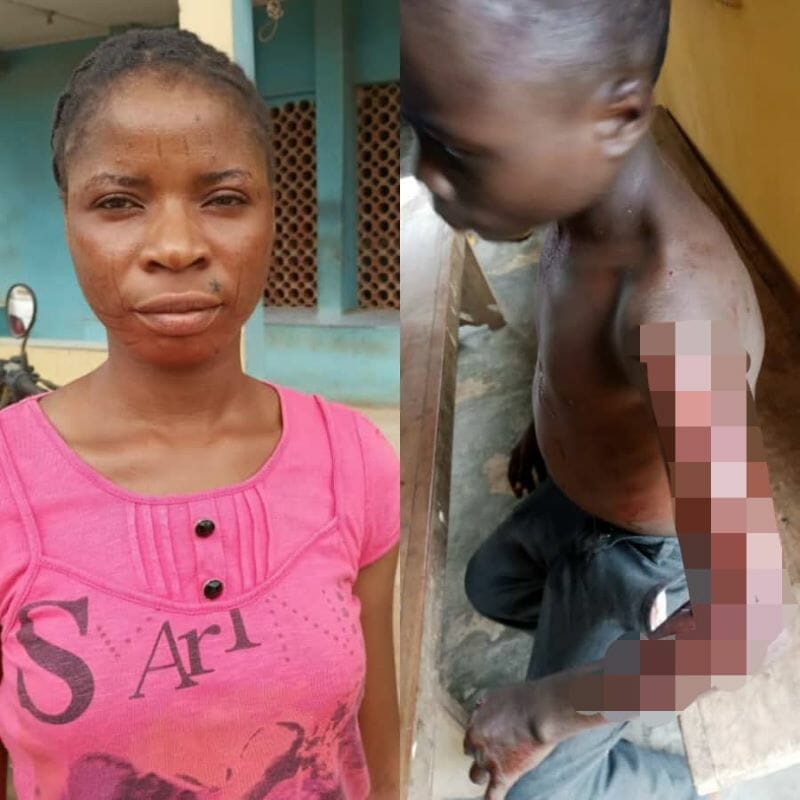 Oyeyemi said a preliminary investigation revealed that the mother of the victim has been abandoned by her husband who left her with three children and vanished to thin air.

“The woman has been engaging in menial jobs to take care of the three children, and whenever she is going out for work, she will take the children to the suspect who happened to be her neighbour. She stated further that it was a thing of surprise for her when she saw what the suspect did to her son, because she has been very good to her in the past.

The victim has been taken to hospital for medical treatment and he is responding to treatment.” he said

The spokesperson said the Commissioner of Police, CP Lanre Bankole, has ordered the immediate transfer of the suspect to the anti-human trafficking and child labor unit of the state criminal investigation and intelligence department for further investigation and diligent prosecution.