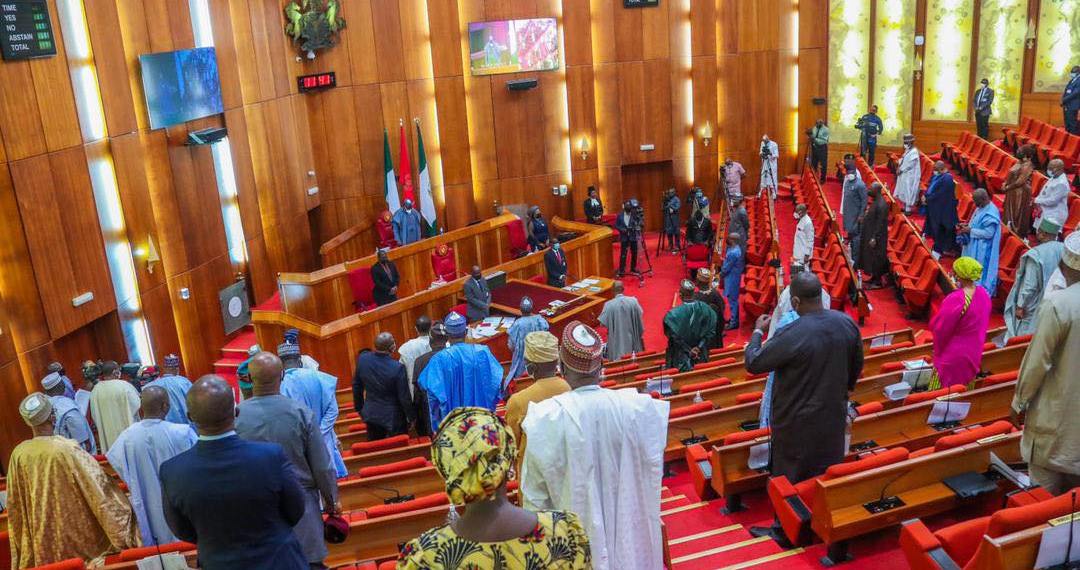 The Ministry of Trade and Industry on Monday could not account for the sum of N177 million being revenue generated by its department of Weighs and Measures, a critical revenue generation of the agency.

The personnel who represented the Minister at the Senate Committee on Trade and Industry stage of the 2022 budget Defence handled a paper they couldn’t explain on the budget performance for 2021 before asking approval for 2022.

The refusal to explain how the sum of N177 million was obtained enraged the Committee, who wondered what would have happened to the fund between January and September despite the agency’s capital and recurrent budget approval for 2021.

The Senate Committee on Trade & Investment on Monday walked out representatives of the Ministry for presenting an “unreadable document” containing a N1.6 billion projection as its budget proposal for 2022.

The Committee also described the Ministry’s action as vague documentation, accusing it of misappropriating N177 million retention from its 2021 internally generated revenue (IGR).

Vice Chairman of the Committee, Senator Kola Balogun called for an end to impunity while he described the Ministry’s budget document as unreadable and an attempt to confuse Senators.

Zulum reveals why he does not sack officials

“N500 million is too low from Weights and Measure. We were expecting that it should be tripled”, he said.

Lamenting on the situation, a member of the Committee and Senator representing Taraba Central, Yusuf Abubakar Yusuf, said the document presented by the Minister and her team clearly suggested that funds retained by the Department of Weights and Measures were misappropriated because they were not captured in figures.

According to him, “You have a projection of N1.6 billion, you realized N1.19 billion”, requesting that the Department of Weights and Measures furnish the Committee on how the money was utililsed.

“For me, it is variation of the approval of the national assembly. If you don’t do that, for me, it is misappropriation, he said.

The Minister of State for Trade and Investment, Hajiya Aisha Abubakar had earlier told the Senator Saidu Alkali led- Committee that the Ministry projected to generate the sum of N1.6 billion in 2021, part of which N1.19 billion was already realised between the month of January and September 2021.

She referred the Committee to the Permanent Secretary of the Ministry to explain how the twenty percent retention was utililsed.

In a swift reaction, the Permanent Secretary urged Senators to excuse him as he only resumed resumed three months ago which he doesn’t have adequate information to furnish Senators.

Meanwhile, both Director Finance and Administration and Director, Weights and Measures could not explain how and what exactly the money was used for, as they were both interrupted by the Chairman of the Committee, requested that they give details of how the N177 million was expended.

Senator Alkali queried: “this is performance. You are supposed to bring the details with underlying items.

“Who give you the authority to spend N177 million and how did you spend it because you are supposed to get the approval of the National Assembly”, he further queried.