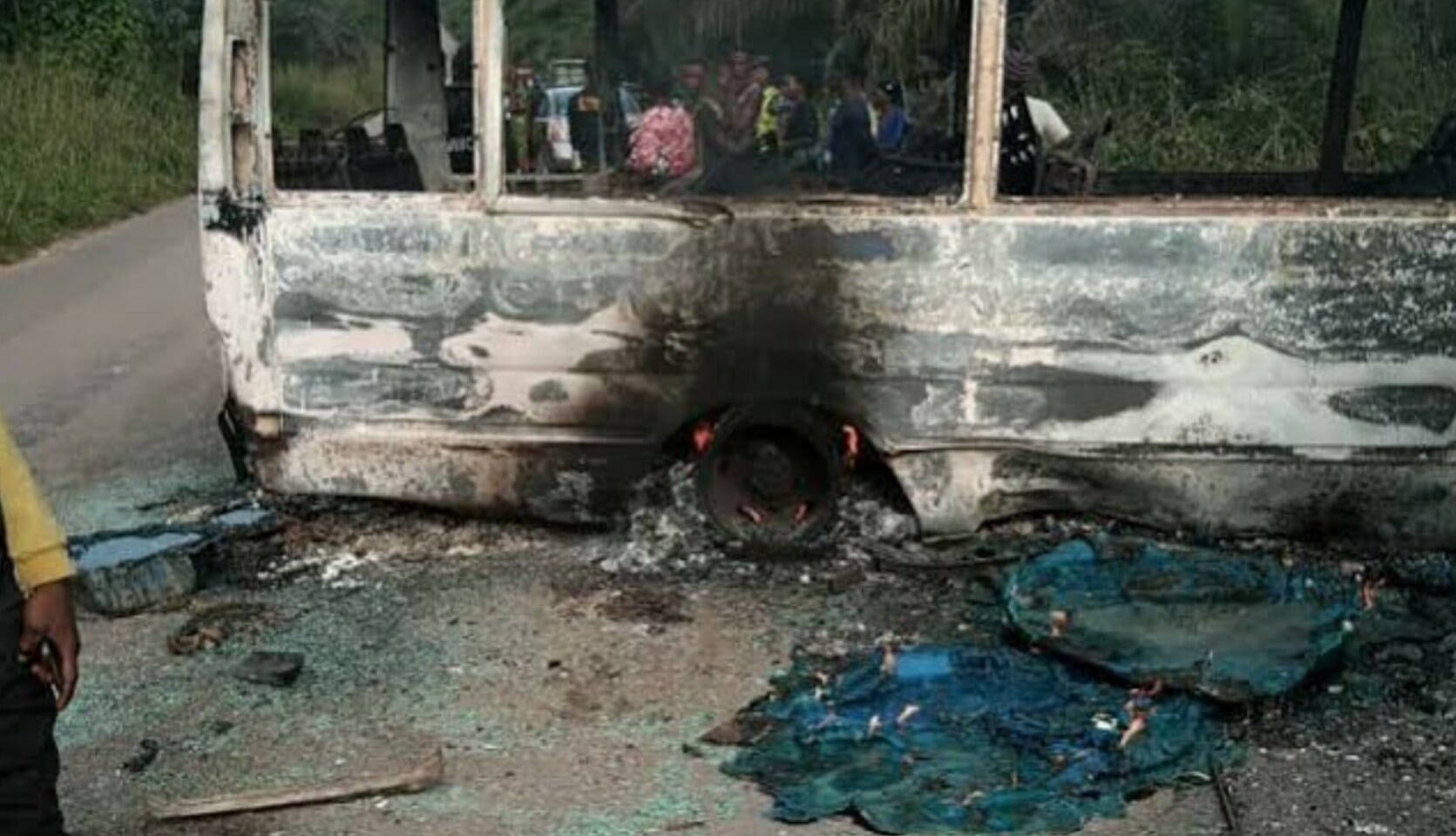 No fewer than six people were burnt to death at Ode Aye junction in Okitipupa Local Government Area of Ondo State on Friday, in an accident involving a coaster bus and a J5 bus laden with Ethanol collided.

Several others were said to be injured in the accident which happened around 1 pm on Friday.

The incident which occurred after one of the vehicles was trying to overtake another vehicle but the two vehicles collided and instantly caught fire.

It was learnt that the passengers in the coastal bus belonging to Akure North Local Government Area were on their way to Okitipupa to attend a social function of one of the Directors of the Odigbo Local government area.

Six people were burnt beyond recognition while some other victims were rushed to Prima hospital in Ore in Odigbo local government where they have been receiving treatment.