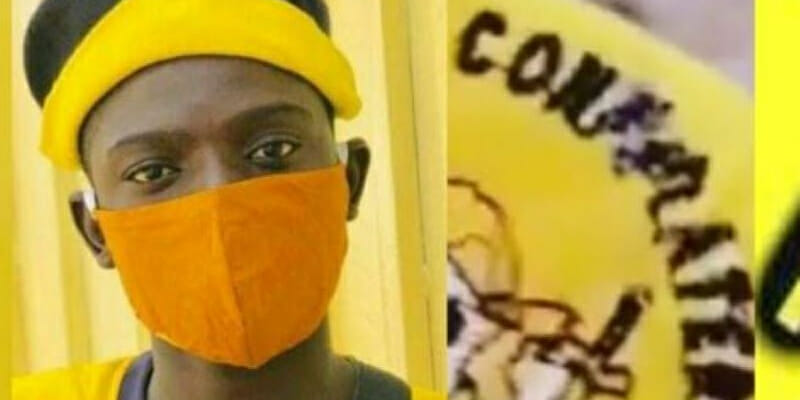 A suspected cultist, Adeniyi Titus was on Friday arraigned before Ogudu Magistrates’ Court in Lagos state after a video of a beheaded person was found in his phone.

Titus, a resident of the Ikorodu area of Lagos State, pleaded not guilty to the two counts.

While presenting evidence, the prosecutor, Inspector Sunday Bassey told the court that the defendant committed the offences at 4.30 p.m., on Oct. 15, at Itamaga, Ikorodu area of Lagos State.

Bassey said that the defendant and his accomplices, who were still at large, conspired to join a secret cult.

The prosecutor told the court that the defendant was caught by an anti-crime patrol team which raided a black spot at Itamaga area of Ikorodu where some hoodlums suspected to be cult members were apprehended.

Bassey said that the defendant was on the run as he sighted the patrol vehicle and was chased, arrested and through minimum force was brought to the station as he became violent.

“During interrogation, it was discovered that he belonged to the Buccaneer confraternity AKA ‘Alora’ through the anchor tattoo inscribed on his body.

“A video clip of an Aiye fraternity was found on his phone showing a young man being beheaded.

“The defendant claimed it was sent to him by a member of Alora fraternity where he belonged”, Bassey said.

He said that the offences contravened Section 411 of the Criminal Laws of Lagos State 2015 and section 2(3)(a)(b)(c)(d)(e) of the Lagos State laws on unlawful society and cultist laws 2021.

The defendant was granted bail in the sum of N200,000 with two sureties in like sum.

The Magistrate, Mrs O.A Daodu, said that the sureties must be gainfully employed with evidence of two years’ tax payment to the Lagos State Government.

She adjourned the case until Dec. 12, for mention.