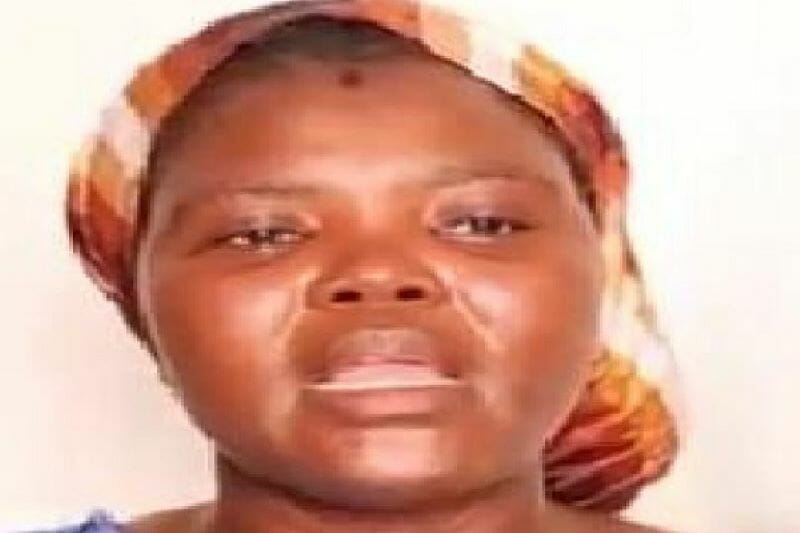 Murdered OAU Student: I had vision of glory before my husband’s death – wife

Bolatito, wife of Masters’ student of Obafemi Awolowo University, Ile-Ife, Timothy Adegoke, who died in a controversial circumstances at Hiltons Hotels and Resorts has narrated the vision of greater things she saw coming the way of her late husband days before he died.

Speaking with The Nation during an interview, the mother of three said they prayed that it came to fruition but in a matter of days, all the hopes came crashing down.

WITHIN NIGERIA had reported that Adegoke was declared missing on November 7 after he left Abuja to Ile-Ife to sit an exam at the OAU Distance Learning Centre, Moro campus.

The student was reported missing on Saturday, November 6 when he was not found at his exam hall and could not be reached by his wife and other family members.

How long have you been married?

We clocked seven years in marriage in May 2021. We were based in Abuja in our early days of marriage. He was working with NYSC Foundation but we were hoping for the best. We continued praying for the best when I gave birth to a set of twins. I joined a church majorly to pray to God for a change of level and my husband joined the church too.

There was a day someone visited our church, my husband served him because he was a church worker, the man saw humility and calmness in him; he inquired of him his qualifications. My husband said he was a chartered accountant. The man marveled at the level of his dexterity in talking and addressing issues.

The man helped him in securing a job at Xiamien Stone Limited.We had nowhere to live in Abuja. We had built a house in Abuja but it was demolished by government. He was posted to a branch in Ondo State.

We were living in Akure while he worked on a site of the company in a remote village. My husband never ate outside. Each time he was going to work I would prepare his food depending on the number of days he would spend on site. Most times he would spend two weeks at work before returning home.

At a point, I picked up a primary school teaching job where I was paid N20, 000 as salary. He kicked against that, telling me that he would make all provisions for me. He didn’t want any stress for me. I quit the job based on his demand.

I pleaded with him that I should be operating a mobile shop to sell male and female wears. That was how we were managing our life.

Since we got married, my husband never fell ill and never ate outside except what I prepared for him.

So, at what point did you relocate to Abuja from Ondo State?

He had been doing his Master’s programme at Obafemi Awolowo University, Ile-Ife before we left Ondo State, so after we all went to join him in Abuja, he continued with it.

He was given two mobile policemen and an official car in Abuja including other allowances.

The company was responsible for the payment of his flight ticket to Ondo State where he would pick a bus to Ile-Ife for his examination. He was killed on his third trip to Ile-Ife.

On the last trip, he called me on the phone that he had a delayed flight. He had a meeting in Akure on that day before he proceeded to Ile-Ife.

When he arrived at the hotel he called me that he had entered the room and that he wanted to rest before reading for examination. He bid me goodnight.

Was that the last time you heard from him?

Yes…my husband always called us on the phone before proceeding to the examination hall anytime he was not around. On Saturday morning he did not call. I was thinking he was busy in the exam hall. Around 1pm, I did not see his call and I called his number and it rang out of time. I was very worried and I called our pastor who calmed me down.

On Sunday, I called his younger brother who is in Osogbo and other relatives to help me check on him but they could not find him. They checked him at the examination hall, he was not there.

We started looking for him until we found him dead (bursts into tears).

Did you have premonition that death was lurking around him?

No! It was not revealed to me in dreams or vision that an unfortunate incident would befall my husband.

The week he wanted to travel for his final examination in Ile-Ife I fasted and prayed for three days. I had a vision that a new glory was coming my husband’s way; that he needed to do some prayers and sacrifice with praises to God. I told him about it…

What was his reaction when you told him about the vision of new glory?

He was so excited because he trusted my spiritual gift. He told me that he would do the needful on his return to Abuja from his final examination in OAU.

It is so disheartening to hear that my husband died in the hotel and was not allowed to experience the vision of the new glory.

How would you describe your husband?

He was a very perfect gentleman. He never fought or joined issues with anybody. Sometimes I got angry when some people insulted him and he walked past them without reacting. He condemned animosity toward fellow human beings. He was a very quiet individual. He was a teetotaler and he prioritized his family, most especially me and his children.

My dear Timothy never related with lousy or unintelligent people. He always checked my excesses. He lived a very simple life.

Do you think that you will get justice for your deceased husband?

I am afraid I may not get justice with the Nigerian system. From the look of things, God should just help me and avenge for me.

I was told that the person involved is well connected. I know that the suspects will be regretting their actions now.

It is so unfortunate and disheartening that my husband left home hale and healthy without returning alive.