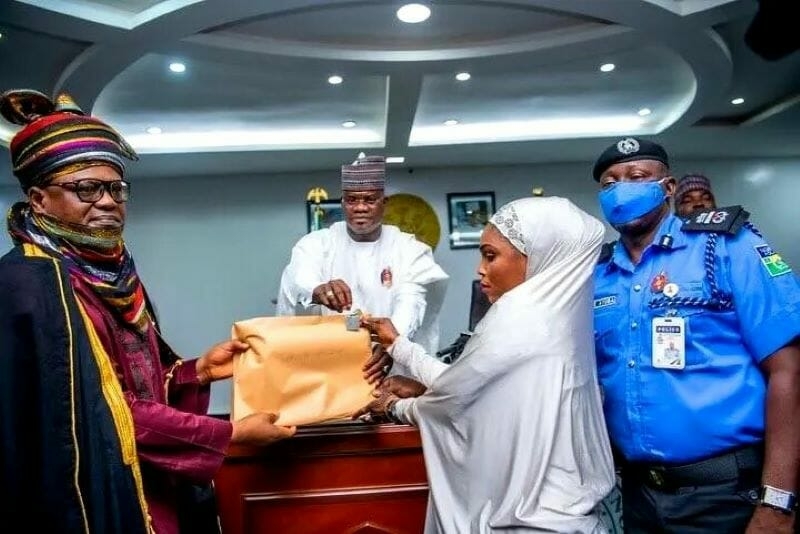 Governor Bello made the presentation in Lokoja, the state capital during the launch of the 2022 emblem for armed forces remembrance coming up on the 15th January, 2022.

“Inspector Aminu’s death came when the nation needed him most, he was a gentleman, diligent and highly professional. He brought finesse and dexterity to policing. This is a personal huge loss to me and the country at large.” he said.

The presentation of the keys and house documents evoked deep emotions from the wives, cousins of the deceased and others present at the event.

Kogi, he restated, is the safest in the country, and this feat, he submitted, is a product of the patriotism, commitment and sacrifice of security agencies in the state.

Bello assured of his commitment to the welfare of the legion of ex servicemen in the state, stressing that he was aware of the hazardous nature of their responsibilities, saying their sacrifice is rooted in their belief in the unity and sovereignty of the country. 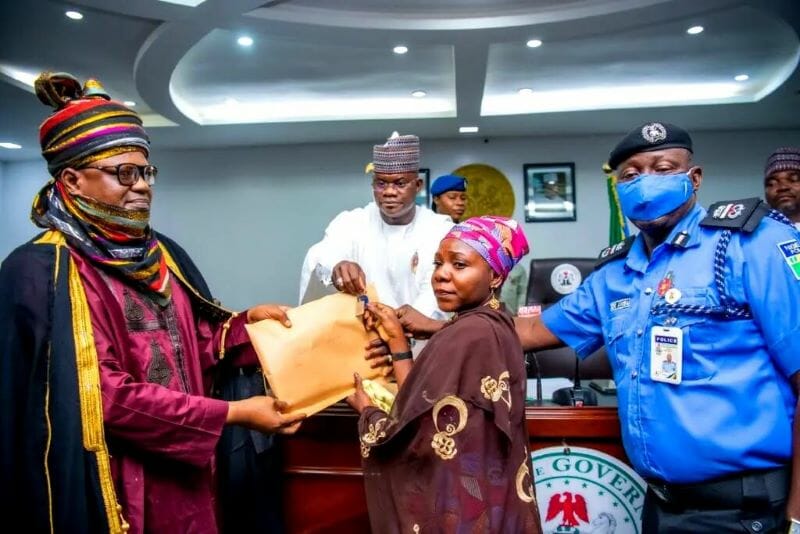 “Thank you, your Excellency. Our late husband had told us several times that you are the source of his light. That you have been his hope and that we should continue to pray for you. Your Excellency, you have been demonstrating such attributes since we lost him till this moment. Thank you for lightening up our lives, for providing shelter for us, for taking care of all the members of Aminu. His soul will continue to Rest In Peace. I pray that whatever you are looking for in this life, God will grant you. No obstacle can stand your way to deprive you of your heart desires. We are very grateful to your excellency and God Almighty will reward you immensely” she said.