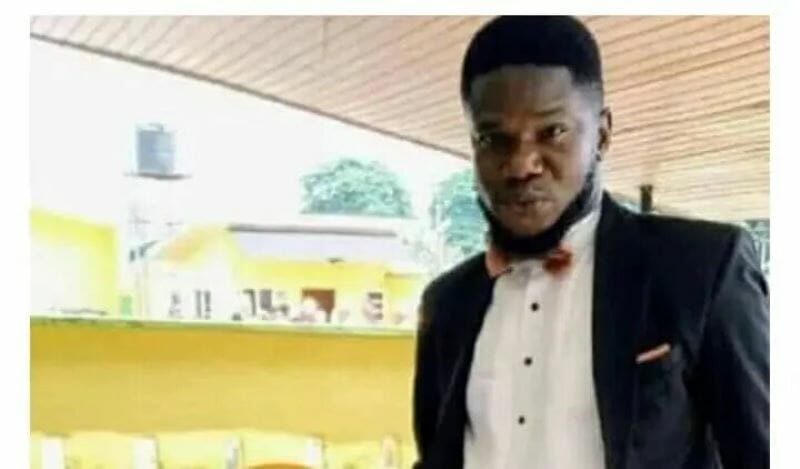 A Senior Secondary School 3 student of Erhimu Secondary School, Abraka, Michael Ogbeife, has declared wanted by the police for beating a teacher, Joseph Ossai, to death in Delta state.

It was gathered that Michael, who is on the run, had on that fateful day engaged the teacher in a scuffle that resulted in the teacher giving up the ghost during the fight.

WITHIN NIGERIA had reported that the deceased teacher, who was said to be in charge of Agricultural Science and Biology in the school, flogged Michael’s younger sister, Promise Ogbeife who was involved in a dispute with her classmate.

Michael was said to have got infuriated by the teacher’s decision to flog his sister and the enraged SS3 student resorted to a fight with the teacher.

According to PUNCH, sources said that Michael angrily left the school’s premises after his sister was flogged, and later returned back, heading straight to the staff room for a showdown with the teacher.

Some sources alleged that Michael had initially rushed home to get a charm before engaging the teacher in the fight.

It was gathered that the teacher collapsed after some punches from the student which left the teacher with a bleeding nose just as blood was also gushing out from his mouth.

Consequently, the teacher was rushed to a private hospital in the community, from where he was referred to the government hospital where he was confirmed dead on arrival.

Reacting to the gory incident, the proprietor of the school, Mr Erhimu, told journalists that he was awaiting full details of the matter, as he was not around when the incident happened.

The visibly worried proprietor has however directed that the school be shut till Monday noting that he had been to the police station over the matter.

The state police Public Relations Officer, PRO, DSP Bright Edafe, who confirmed the incident told newsmen that the suspect is on the run.

“The suspect is nowhere to be found for now, but his sister is in protective custody”, the PPRO said just as he insisted that efforts are being intensified to arrest the fleeing suspect.