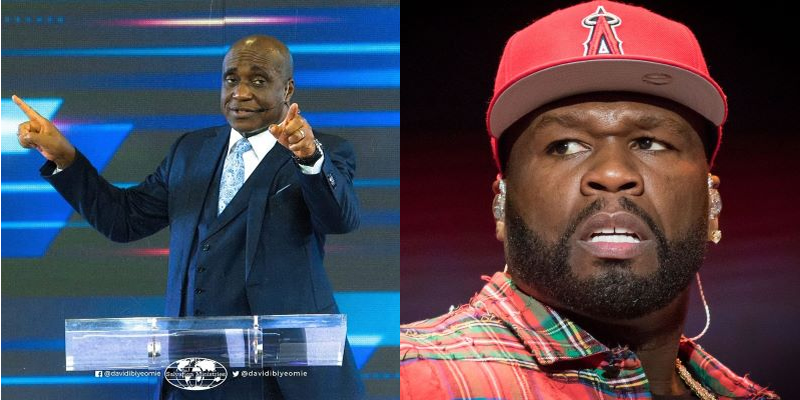 The founder of Salvation Ministries, Pastor David Ibiyeomie, has narrated how he prayed that American rapper, Curtis James Jackson better known by his stage name 50 Cent’s concert in Port Harcourt should be cancelled for his church crusade to succeed.

According to Ibiyeomie, 50 Cent was to perform in Port Harcourt the same day Salvation Ministries were to hold a crusade at the Civic Center.

The 59-year-old clergyman said even those who were to come for the crusade had bought the ticket for 50 Cent’s concert. “I said come oh, that means if 50 Cent comes nobody will come for the Crusade.”

Ibiyeomie claimed he cancelled the concert a night to 50 Cent’s arrival to the city. He said; “I came up a night to his coming…on the rostrum. I said listen if 50 Cent comes tomorrow, I am not called by God..50 Cent will not come.” 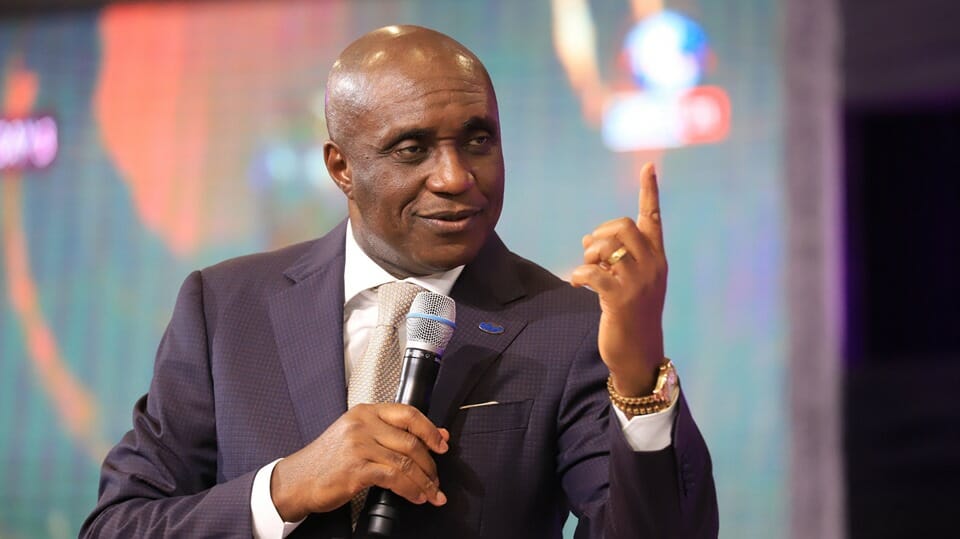 Read the full speech: “We were to have a crusade at the Civic Centre and a young man called 50 Cent was to perform in Port Harcourt. He was at the peak of his career, -50 Cent-how many of you know him? 50 Cent was to come to Port Harcourt to perform, Port Harcourt was on a standstill with the advert, it was one brewery, a known brewery that was doing the advert and that same day he was to perform we were to hold a crusade at the Civic Center Port Harcourt…even those who were to come for the crusade had bought the ticket for 50 Cent’s concert. I said come oh, that means if 50 Cent comes nobody will come for the Crusade and the whole of Port Harcourt, the advert was so thick.

“I came up a night to his coming…on the rostrum. I said listen if 50 Cent comes tomorrow, I am not called by God..50 Cent will not come. A young guy said…(he is a Catholic) said “o boy you hear wetin this man dey talk, 50 Cent no go come, if dat man no come then I go dey born again” meaning are you hearing what this pastor is saying, if 50 Cent does not come then I will be born again. He stood here to testify how many of us where in Church then. He said 50 Cent won’t come? When I don buy ticket?

Yahoo boys, others who engage in ritual killings will die this week –…

“I said listen, if you drop pin at Civic Center, it will sound because the town was on a stand still, I said two Kings don’t reign that was exactly what I said. Jesus can’t be reigning and 50 Cent too will reign, I said he will not come tomorrow. He was already in Nigeria; he had performed in Lagos already and he was on his way to Port Harcourt. I said listen by tomorrow 50 Cent will not perform in this Town, I decreed it.

“He got into the plane on board the flight, Charly Boy too was on board and then Charly Boy carried their PMAN (Performing Musicians Association of Nigeria) Crew, Americans said no this crowd can’t follow us, you know when you speak God will orchestrate things anyhow…they said this crowd can’t follow…they had a tough argument on board, the Americans advised 50 Cent to turn back that he is at risk to go to Port Harcourt, he did not come, are you hearing what I am saying, his concert was cancelled.

“I don’t care what wants to challenge you, anything you decree in these 21 days God will honour them. 50 Cent did not come and the Crusade was thick, that was the last time we held crusade in that place because the place could not contain us. Listen, when you see a Christian saying listen you witch, they don’t say those kind of things without preparation.” 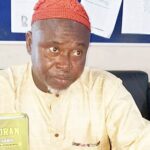