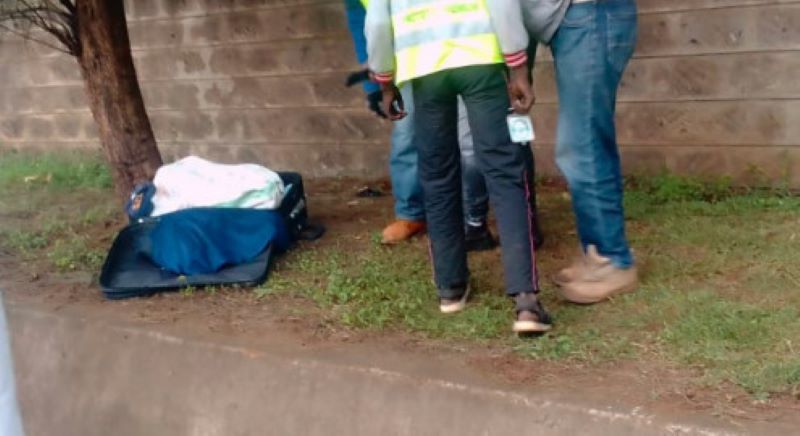 Police are investigating the mysterious murder of a woman whose body was found in a suitcase dumped outside the General Service Unit (GSU) Recce squad camp at Kimbo area in Ruiru, Kiambu County, Kenya.

According to Citizen Digital, Juja Sub-county Police Commander Dorothy Migarusha, who confirmed the incident happened on Monday evening, January 17, said that the woman was hacked to death .

The body of the young woman believed to be in her early twenties had been stashed in a sack and put in a black suitcase with her hands tied from behind.

“She had also been tied around the neck with a nylon rope. The body had a visible deep cut on the left breast,” reads a police report on the incident.

According to police, the body had a written message suspected to be from the killers that read “bwana ya mtu ni sumu”.

“She had ink writings on the chest, both palms and both thighs which read “Bwana ya mtu ni sumu,” the police report indicated.

The sub-county police commander said the woman might have been killed elsewhere and dumped alongside the perimeter wall of the highly guarded GSU Recce squad station.

According to locals, the body was discovered at around 5.30pm by pedestrians who notified the police.

The body has been transferred to City Mortuary as investigations continue.