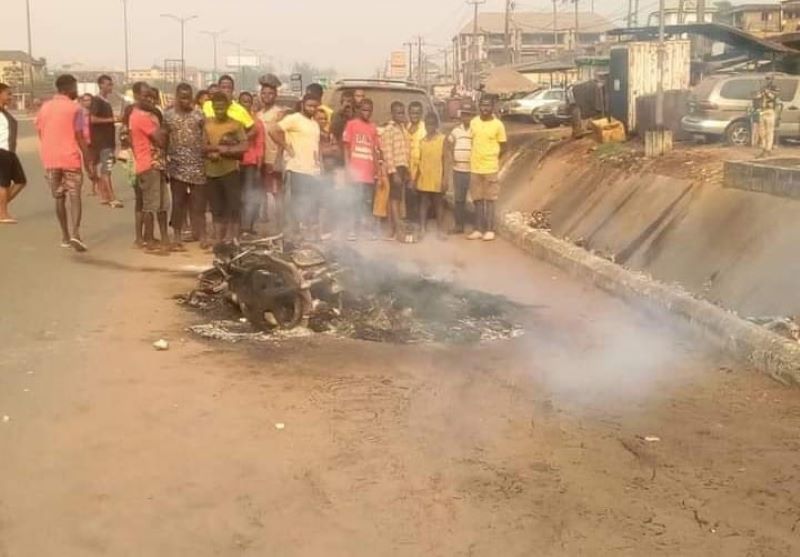 The alleged robbers were set ablaze at MCC Junction, beside Conoil Filling Station, along Enugu/Onitsha highway on Wednesday, January 19.

According to Nigerian Tribune, the suspects who came on a motorcycle, allegedly robbed some residents in Awada of undisclosed amount of money, phones and other items and shot sporadically in the air to scare people before escaping.

However, the mob gave them a hot chase and caught them after the MCC Junction.

It was gathered that the mob immediately placed the motorcycle on top of the suspected armed robbers and set them on fire.