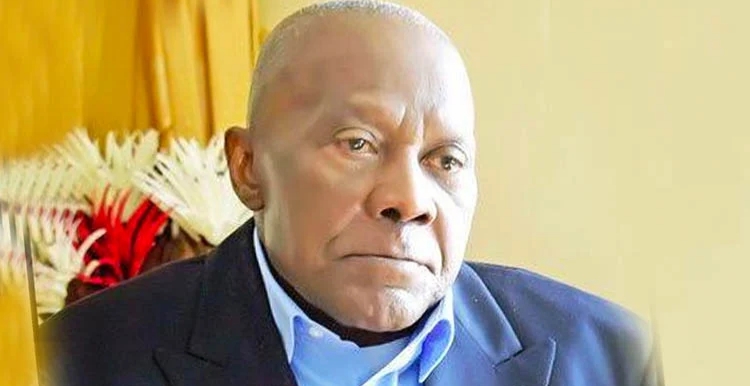 WITHIN NIGERIA learnt that the maverick politician died on Sunday at the age of 83.

Here are 10 things you might not know about the man who played a major role in the June 12, 1993 election annulment.

2 – Nzeribe lost his mother when he was in primary school at the time when his father was away in Britain studying Law.

4 – After his secondary school, he travelled to Lagos State in 1957 where he got employment with the Nigeria Ports Authority as an engineering cadet, and a year later, he received a scholarship from the NPA to study Marine Engineering.

6 – He ran for the Senatorial seat of the Orlu Zone in Imo State in 1983 with the slogan, ‘Change ’83’ and electrified the political space, becoming the senator representing the zone on the platform of the Nigerian Peoples Party.

7 – On June 10, 1993, Nzeribe tried to stop the June 12 election, relying on a court order which his group, Association for Better Nigeria, got from a midnight ruling from late Justice Bassey Ikpeme of an Abuja High Court. ABN was known to be pro-Babangida.

8 – In 1999, when Nigeria returned to democratic rule, he returned to the Senate representing the Orlu Senatorial district on the platform of the Peoples Democratic Party. He was re-elected in 2003 and was in the Senate till 2007.

9 – Nzeribe was suspended indefinitely by the then Senate President, Anyim Pius Anyim, in November 2002 over an allegation of N22 million fraud.

10 – While in the Senate and as the Chairman of the Senate Committee on Health, he was the brain behind the National Health Insurance Scheme which was born as an Act of the Parliament.