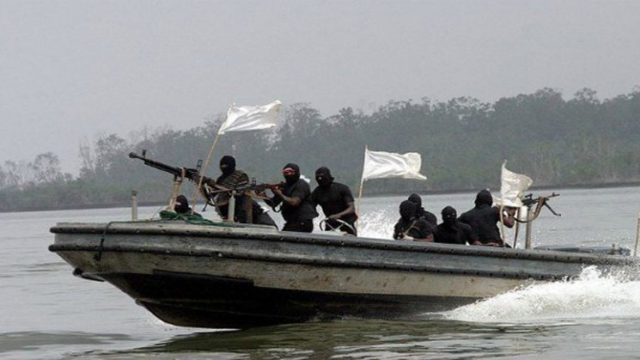 No fewer than eight persons have been abducted by gunmen while travelling on a speedboat along the Brass-Yenagoa waterways in Bayelsa State.

The speedboat reportedly departed Egweama waterfront in Brass Local Government Area of the state before it was ambushed by suspected sea pirates.

There were about 15 passengers onboard.

It was learnt that the victims were returning from a burial they had attended over the weekend before the incident happened.

He disclosed that the pirates intercepted the 200-horsepower engine boat near a rice farm and left with eight of the 15 passengers.

A source also disclosed that eight of the passengers were abducted and whisked into the creeks, while seven were freed.

However, Biodoumoye said a combined rescue team of the marine police, members of the union, and others rescued the seven lucky passengers who were abandoned by the pirates.

The police spokesman in Bayelsa State, SP Asinim Butswat, confirmed the attack and said an investigation was ongoing to rescue the abducted victims and arrest the culprits.