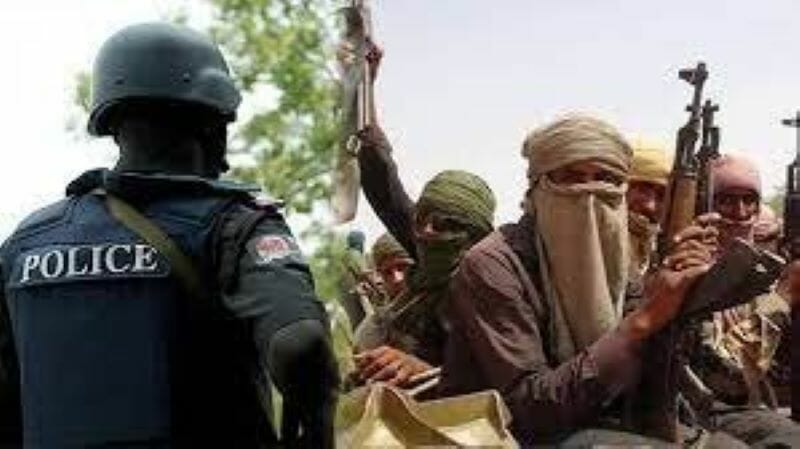 AK-47 rifle with 18 rounds of live ammunition were recovered from an injured bandits during gun battle with the police at the Bukkuyum/Gummi axis in Zamfara State.

The state Commissioner of Police, Ayuba Elkanah, said that the command intensified confidence-building patrol to avert further attacks on nearby communities.

“On 19th June 2022 at about 0300Hrs, Police Tactical Operatives deployed along Gummi/Bukkuyum axis received a distress call that armed bandit on motorcycles invaded Saran Gamawa and neighbouring Unguwar Mata villages with intent to kill and abduct innocent members of the communities.

“The Police in collaboration with the vigilante of the affected villages mobilised forces and engaged the bandits in an extensive gun battle that lasted for hours.

“As a result, one of the bandits was fatally injured, an AK-47 rifle belonging to the bandits was recovered at the scene, while many others retreated back to the forest with possible various degrees of gunshot wounds,” he said.

Elkanah commended the resilience of the joint operatives and charged them not to relent in the command’s effort to safeguard the lives and property of innocent people in the state.

The Commissioner explained that he has directed Area Commander Anka and the neighbouring DPOs to deploy reinforcement teams to complement the ongoing confidence-building patrol aimed to avert further attacks on nearby communities and also to rescue the two kidnapped victims already abducted by the assailants before the Police arrival.

The Command, while reassuring of its commitment to the protection of lives and property in the state, called on members of the public to cooperate with the Police and other security agencies in the ongoing effort to rid the state of terrorists and other criminal elements.