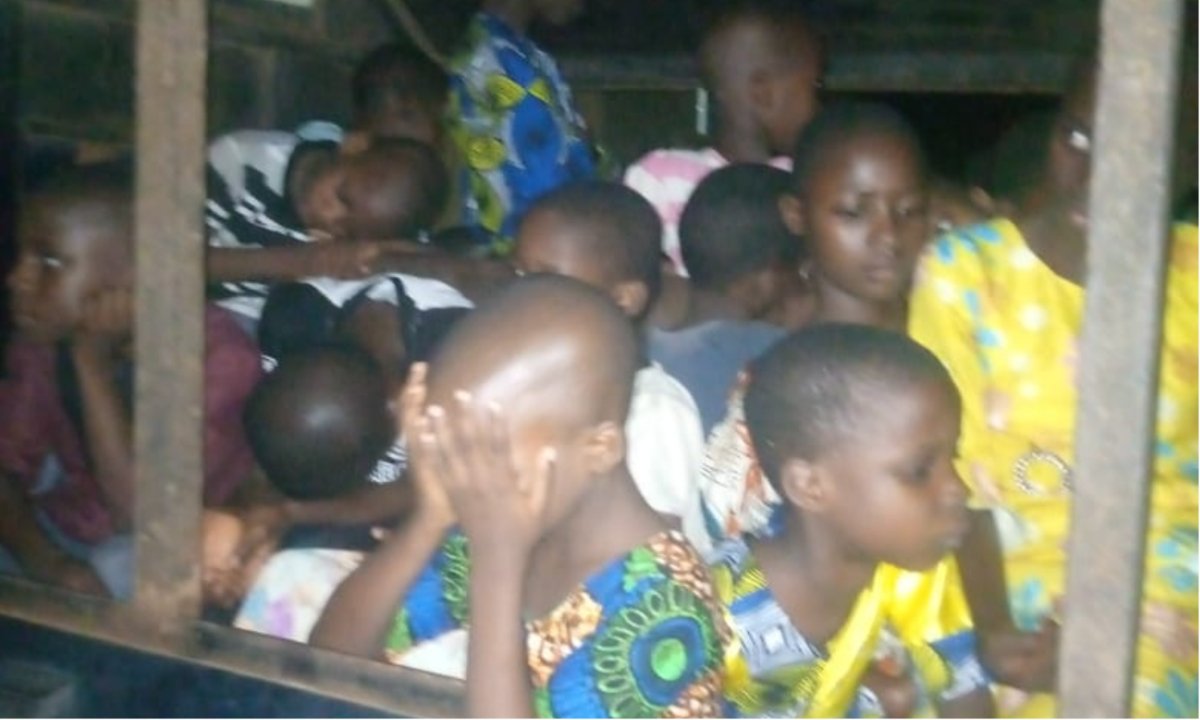 A number of allegedly kidnapped children were discovered in the basement of a church on Friday night in the Valentino Area of Ondo town, the capital of Ondo West Local Government Area in Ondo State.

The children were allegedly held in the church’s basement by a kidnapping ring, according to information acquired.

The victims were over 50 when police saved them, according to a source, who also mentioned that the church’s pastor and a few of its members had been taken into custody.

In a widely shared video, the kids were seen being driven to the police station by security operatives in a patrol car.

A voice could be heard saying, “There are kidnapped children recovered in the underground cell of a church in Valentino Area of Ondo,” in a video that lasts one minute and 40 seconds.

Speaking on the development, SP Funmilayo Odunlami, the state command’s Public Relations Officer, confirmed that the victims had been brought to the police headquarters in Akure.

32 Kidnapped Young Footballers, One Other Rescued In Edo

“They are transporting the casualties to the headquarters, but I’m still unsure of the specifics.

“I will provide you with the information as soon as I receive it from the DPO.”