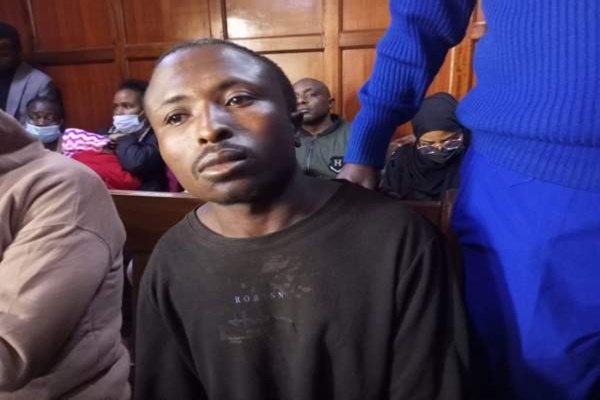 After defiling a 2-year-old girl in a church compound in Zimmerman area within Kasarani, Nairobi county, a 40-year-old man has pleaded guilty.

The man named Erastus Kariuki pleaded guilty to one count of sexually assaulting the child against the law after being arraigned before a Milimani Senior Principal Magistrate Wandia Nyamu,

He reportedly committed the offence on Sunday, July 3, 2022, at around 3 pm after donating Ksh100 during a fundraiser at the church.

After pleading guilty to the offence, the prosecution said that they were not ready with the facts because the child is being treated at Komarock Modern Hospital, where she was admitted for corrective surgery.

The Police disclosed that the child was playing outside as the church had a mini-harambee and the suspect came in as one of the contributors.

Odumeje to pay for cost of demolishing his church – Soludo

“In some few minutes, the mother of the child heard her daughter crying only to be directed by her cry and found out the suspect who is unknown to them holding her child on his thigh penetrating her just outside.”

It was gathered that the mother screamed and rescued her daughter and ran towards the church.

The members of the public who responded to the distress call by the woman are said to have beaten the suspect before he was rescued by some members of the church who took him to the police past Zimmerman.

Following the incident, the minor was rushed to the MSF clinic and referred to Komarock Modern Hospital for further treatment.

Erastus who claimed that he was bewitched is expected to be sentenced soon.