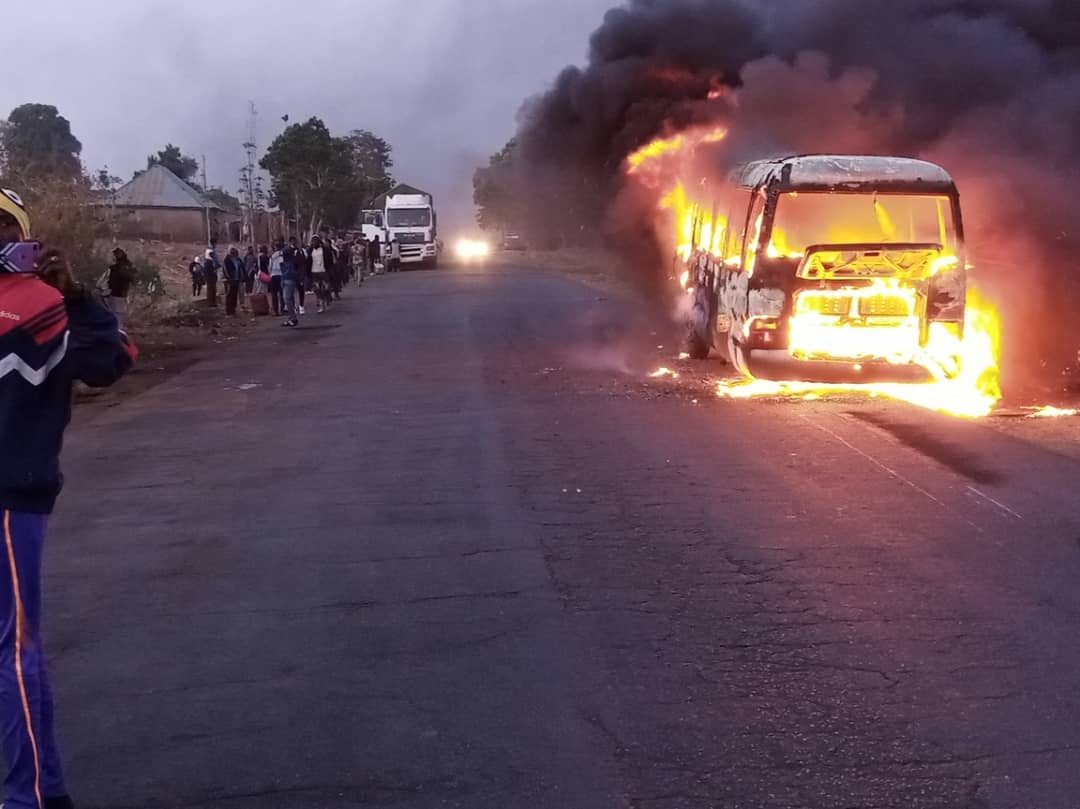 Four persons were burnt beyond to death after a vehicle conveying diesel rammed into a stationary truck at Ekuigbo junction axis of the East/West Road, Ughelli North Local Government Area, Delta State.

The Federal Road Safety Corps, Commander, RS524, Ughelli Command, Ikechukwu Okwo, who confirmed the incident, stated that the vehicle, a Toyota Picnic, conveying the petroleum product and the front part of the truck burst into flames after the collision.

Okwo disclosed that the vehicle was driving from the Warri direction.

He said: “On the way, because of speed violation, he hit the parked truck and got inflamed.

“As a result of that, four people were consumed by the inferno beyond recognition at that point.”

Okwo explained that “The people that died were inside the truck because the front part of the truck got burnt and that was what killed the people.”