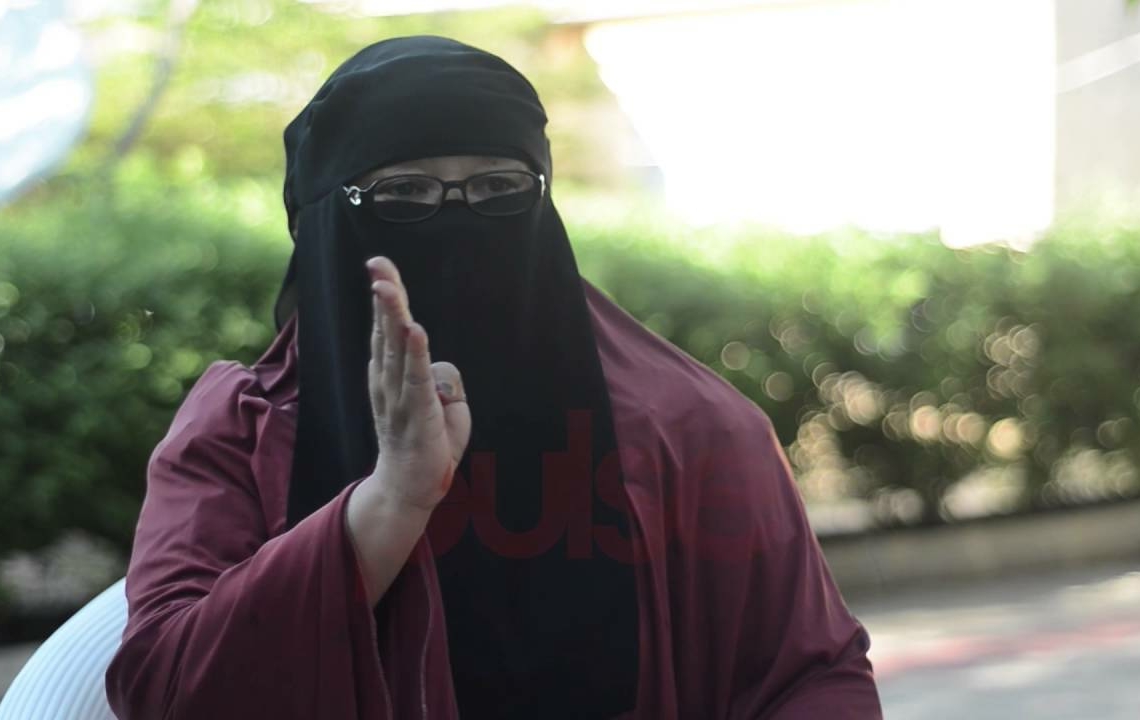 Aisha Alkali Wakil popularly known as Mama Boko Haram and her co-defendants have been sentenced to 5 years jail terms each by Justice Aisha Kumaliya.

Recall that Mama Boko Haram, alongside Tahiru Saidu Daura and Prince Lawal Shoyede, were jailed after they were found guilty of a three-count of conspiracy and stealing to the tune of N66m.

The Economic and Financial Crimes Commission Maiduguri Zonal Command secured the conviction and sentencing of the convicts.

Count two of the charge reads, “That you, Tahiru Saidu Daura, while being a programme manager of Complete Care and Aid Foundation, and Aisha Wakil, being the CEO of Complete Care and Aid Foundation on the 7th September, 2018, in Maiduguri within the jurisdiction of this Honourable Court, dishonestly induced Ali Tijjani, the CEO and alter ego of AMTMAT Global Ventures to deliver to you, processed maize grains (biski), valued at N51,000,000.00 (Fifty-one Million Naira) which you are yet to pay and thereby committed an offence contrary to Section 320(a) and punishable under Section 322 of the Penal Code Cap 102 Laws of Borno State.”

The anti-graft agency in a statement on Friday said the convicts on September 7, 2018, while serving as promoter and managers of a non-governmental organization, Complete Care and Aids Foundation, induced one Ali Tijjani, and his company, AMTMAT Global Ventures to supply N51million worth of processed maize grain also known as “biski” for which they refused to pay.

According to the EFCC, AMTMAT Global Ventures further processed and funded the trip of the trio to Morocco to the tune of N15 Million, a cost they refused to defray.

The defendants had pleaded “not guilty” to all the charges, leading to their full trail, according to the EFCC.

In the course of trial, the prosecution counsel, Mukhtar Ali Ahmed, presented five witnesses and tendered several exhibits before closing the prosecution’s case on September 1, 2020.

Delivering judgment on Friday, Justice Kumaliya said the prosecution proved the charge against the defendants and pronounced them guilty as charged.

On the second count of cheating, the court sentenced the convicts to seven years imprisonment each without an option of fine.

In addition, the court ordered the defendants to pay the sum of N51m to Ali Tijjani or in default serve fifteen years imprisonment.

In addition, the first, second and third defendants are to each pay the sum of N3, 750,000.00 (Three Million Seven Hundred and Fifty Thousand Naira) to Ali Tijjani or in default serve five years imprisonment each.

“The sentence is to start running at the expiration of any sentence that this court or any other court had awarded the convicted persons before this judgment,” the statement read.