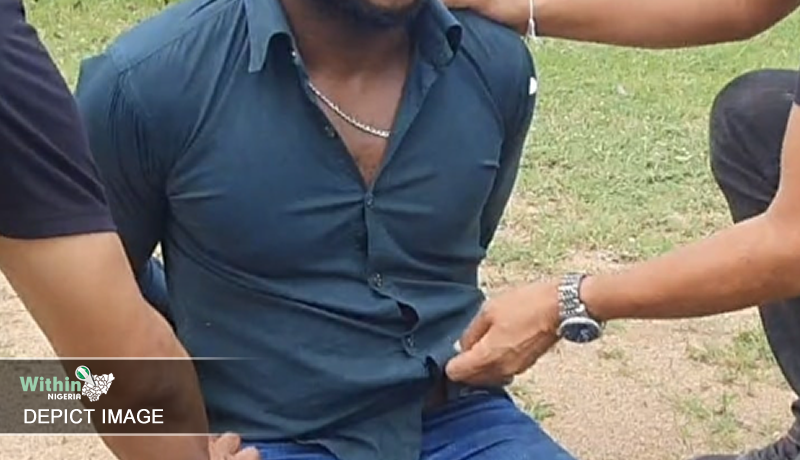 One Wakil Mohammed has been jailed for five years over the murder of his girlfriend in Adamawa state.

The convict, a 33-year-old sacked military officer, was said to have killed the girlfriend, 23-year-old Patience Amos, after an altercation.

Mohammed was found guilty of smashing Amos on the wall of her room and leaving her to die.

Patience was the daughter of the Chief Driver of Adamawa Press Limited in Yola.

It was gathered Friday that the ex-corporal Mohammed had an altercation with patience in January this year, which led to a brawl that caused the death of Patience.

The deceased who by that time had just been recruited into the Nigerian Army met her death in a rented apartment at Damilu, a community in Yola North LGA.

In his statement to the police, Mohammed, who is married with a child, narrated that he visited his girlfriend in their rented apartment on that fateful day, January 10 and on his arrival, Patience began to insult and accuse him of having affairs with other ladies.

He said the lady slapped and pushed him away and said he should go back to his harlots and continue having affairs with them, and that out of provocation, he pushed and smashed her head on the wall and went out of the room.

He admitted also that he locked her up in the room and walked away even as she was crying and shouting his nickname ‘Fabulous,’ ‘Fabulous.’

It was established that the lady eventually died and spent three days in the room before her dead body was found decomposing by her neighbours after they noticed flies and perceived odour from the room and forced it open.

The neighbours got into the room to discover the body of the girl.

They reported the matter to the ward head and the police who evacuated the corpse.

The police then swung into action against Mohammed, spotted him with his friends near the residence of the father of the deceased at Bachure, in Yola North LGA, and arrested him.

At the last sitting on the case at the weekend, the Adamawa State Chief Judge, Justice Nathan Musa, sentenced Mohammed Wakil to five years in jail without an option of fine.

Justice Nathan declared, however, that the sentence will start running from the 15th of February 2020, being the first date of the convict’s remand.