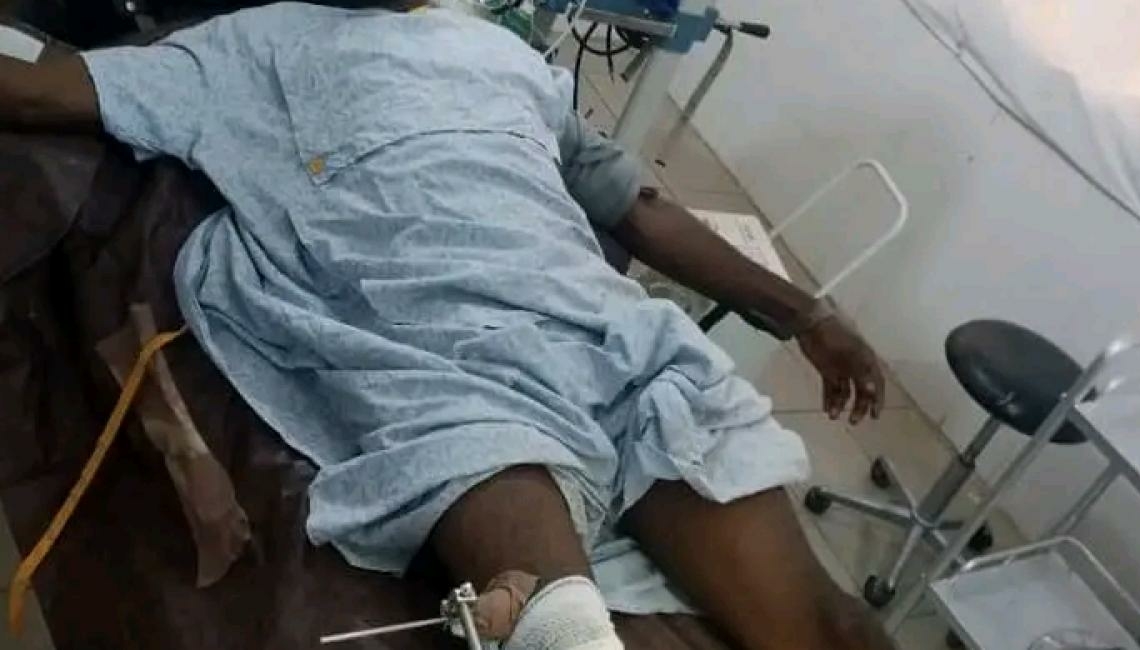 Nigerian Navy officer, identified as Kelvin Uchenna Aluu, is currently bedridden after he was allegedly shot by a Navy commander, Commodore IC Mabeokwu, for requesting to go and see his family members.

Aluu narrated that his ordeal in the military was because he asked for leave to see his family in February 2022 but the commander, Mabeokwu, was not pleased with this request.

He said, “On the 12th of February 2022 I was shot by my Superior Officer, after he threatened me the previous day; the Navy commander is Commodore IC Mabeokwu with SVC no. NN/2554; just because I requested for leave or pass to see my family; Commander Mabeokwu specifically said; “By the time I finished with you, your parents/ family will not recognise you.”

The victimised officer added that his salaries had been withheld and the Nigerian Navy failed to pay for his hospital bills.

He said, “Ever since then, I’ve been in the Nigeria Navy medical centre, Oghara, Delta State, from one surgery to another with no serious improvement, rather they (the navy) insisted I must resume work even if I am still on crutches. To my greatest surprise, the Nigerian Navy stopped paying me for over two months knowing fully that am still in the hospital.

“I request for help to bring to justice to the situation. I’m currently in the Nigeria Navy medical centre, Oghara, Delta State without knowing my fate.”

He continued, “Now the commander that shot me is still going around threatening other people because they let him go free. Even the medical report given to me was ceased.

The doctor gave me time – minimum of six months before returning to work – but the Navy insists that I must continue work while I was still on crutches.

“I have been suffering since the incident in early February; the Navy has abandoned me to die because they have stopped paying me; which I don’t know the reason why.

“My Superior, Commander Mabeokwu has rendered me incapable; he has gone to tell the Navy that I absconded from work. The Navy also came and said they will stop giving me treatment unless I’ll start paying; that they’ll not restore my pay just because I am fighting for justice and asking Nigerians to help.

“I am calling on Nigerians to help me fight this injustice. My Superior knows I have nobody and that is why he did this to me. I am a responsible Nigerian whose only goal was to serve his nation well. I am married with three kids. My family has suffered since I was left incapacitated by my Superior. My young children and wife have suffered due to this.”