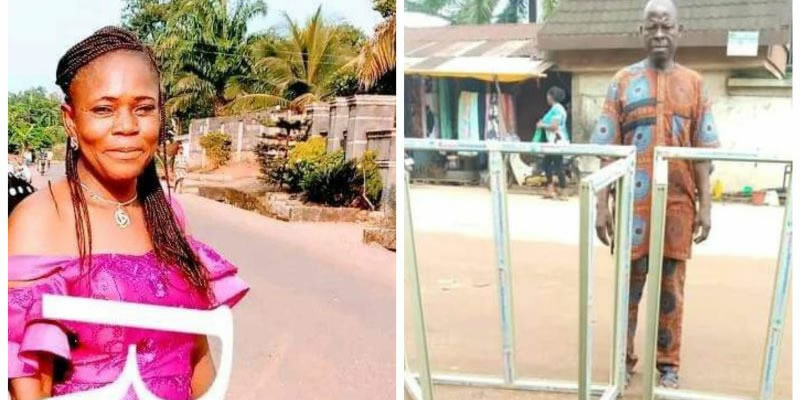 A 21-year-old man identified simply as Chukwudi, has fled to an unknown destination after he killed his mother and father in Nnewi, Anambra state.

The decomposing corpses of the couple, Mr. and Mrs. Michael Ulor, were found with machete cuts in their apartment in Abubor Nnewichi-Nnewi, close to Orie Agbo Market on Thursday evening, September 22, 2022.

It was gathered that the suspect, an undergraduate of a university in Anambra, allegedly killed his parents after a heated argument over their refusal to give him money.

Chukwudi, the couple’s only son was suspected to have killed his parents three days ago.

The corpses were reportedly discovered by neighbours, who started perceiving offensive smell from their bedroom. It was also claimed that Chukwudi is a drug addict and known for taking Mkpurummiri (Methamphetamine).

The state police spokesperson, DSP Ikenga Tochukwu, who confirmed the incident on Friday September 23, said it has launched a manhunt for the suspect.

“The commissioner of police, CP Echeng Echeng described the discovery of the already decomposing dead bodies in an apartment in Nnewi on 22/9/2022 at about 5:20 pm with machete cuts, as an act of man’s inhumanity to man.

“He has ordered an immediate manhunt of the suspect. He further directed the immediate transfer of the case to State Criminal Investigation Department for discreet investigation.”

Meanwhile, the decomposing bodies have been recovered and deposited in the morgue.