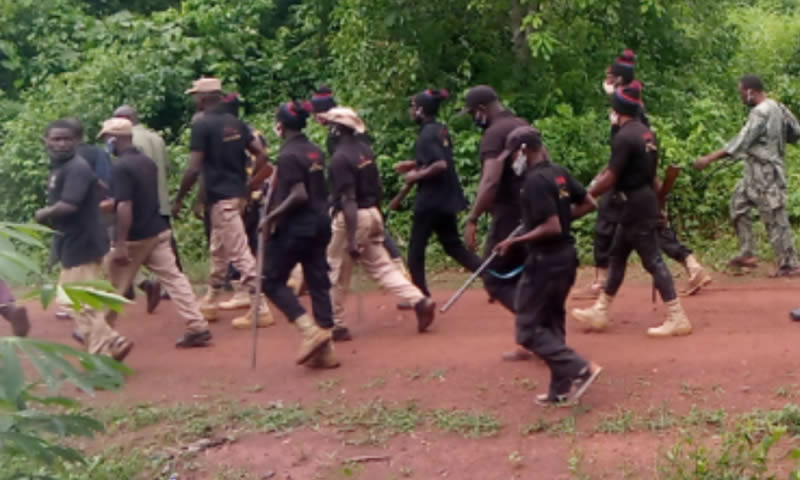 Two men have been arrested by Amotekun Corps over an alleged plot to use a 17-year-old apprentice for ritual purpose in Ado Ekiti, the Ekiti State capital.

The state Commander, Amotekun Corps, Joe Komolafe, who disclosed this on Tuesday said the suspects, Adeniyi, 28, and Abdulazeez, 52, were arrested while attempting to slash the throat of the lady when luck ran out on them.

Komolafe said, “One of the suspects, Adeniyi, was said to have ambushed the victim on her way to church and attempted to slit her throat. But the lady struggled with him and made frantic efforts to collect the knife from the suspect.

“She was said to have sustained serious injuries in her right hand in the process but raised alarm which led to the arrest of the suspect by residents of the area. They will be handed over to the police for further investigation and prosecution to serve as a deterrent to others.”

Ajayi, during the parade, told journalists that he wanted to use the lady for a money ritual, adding, “My accomplice, Abdulazeez, had been given a contract to get human parts by one of his uncles, who is a herbalist, for ritual purposes.”