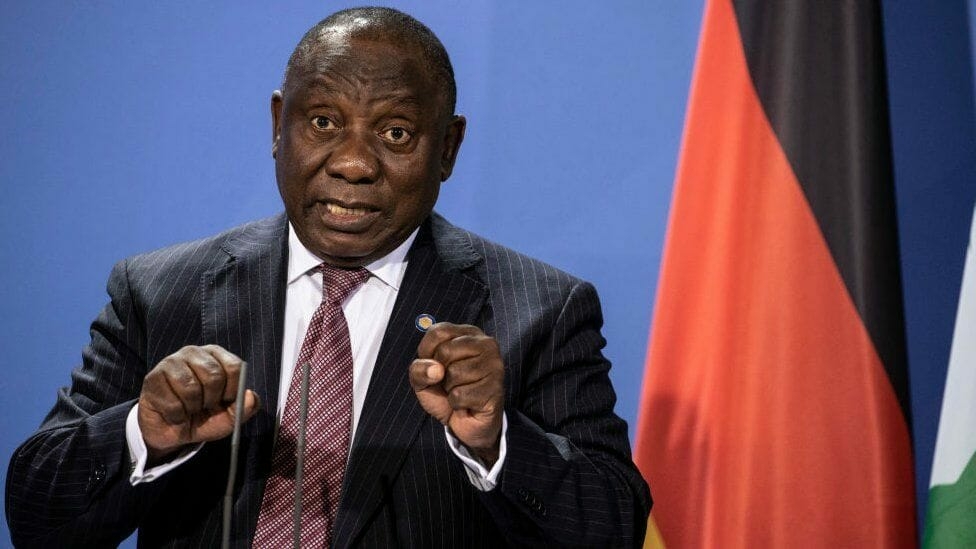 Vincent Magwenya, spokesman to Cyril Ramaphosa, South Africa’s president has stated that his principal will not step aside nor resign from office due to a ‘flawed panel report’.

Ramaphosa is facing a possible impeachment threat over alleged corruption.

Recall that an independent panel set up by the speaker of South Africa’s parliament said findings suggested that the president acted in a manner that was inconsistent with his office.

The report centred on the alleged theft of $580,000 from Ramaphosa’s farm in 2020 which came to light in June.

The president had been accused of covering up the theft, and the panel had raised questions about how the cash was acquired.

While reacting to the development on Sunday, Magwanya said Ramaphosa would fight on and seek a second term as leader of his African National Congress party.

“President Ramaphosa is not resigning based on a flawed report, neither is he stepping aside,” Vincent Magwenya told BBC.

“It may be in the long-term interest and sustainability of our constitutional democracy, well beyond the Ramaphosa presidency, that such a clearly flawed report is challenged.”

The president, sworn into office in May 2019, is weeks away from an elective conference that will decide if he gets to run for a second term in the country’s 2024 polls.

If the parliament finds the president guilty of serious misconduct, the process for an impeachment vote could be set in motion.

The development also comes weeks after Jacob Zuma, Ramaphosa’s predecessor, was freed from prison after getting jail time for ignoring instructions on participating in a corruption inquiry.