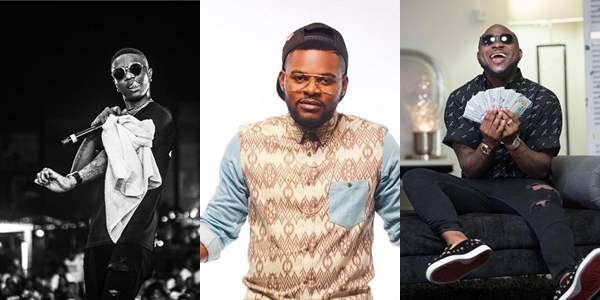 Falz said he has no plans to get married soon, but was quick to say he would like to settle down.

When asked if he would join the trend of having ‘Baby mamas’ like his colleagues – Davido and Wizkid, Falz said he does not know his fate on that. He said;

“The serious insecurity issue that we have right now, nobody is secure.

“The police force that is supposed to be enforcing law and order aren’t really doing that if we’re going to be honest. In my opinion, the entire police force needs a complete revamp.

“People constantly in the north being killed, being kidnapped. It’s really disturbing. And that what I said earlier about insensitivity.

“We’re all carried away by everything that is going on. We’re forgetting that everyday little girls, little children are being kidnapped, being killed and it’s just not right,”

Wizkid has 3 children from three different babymamas while Davido has two daughters from two different ladies.