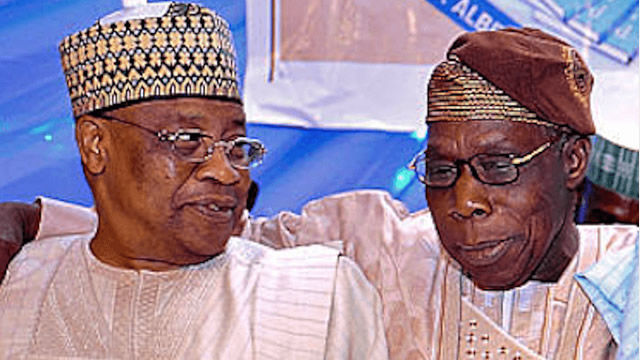 The Presidency on Monday subtly lashed out at former President, Olusegun Obasanjo and ex-Head of State, Ibrahim Babangida with a ‘bad, ugly’ caption.

Onochie, who shared a photograph of Buhari, Obasanjo and Babangida, however described the current president as good.

The photograph showed Buhari standing alongside Obasanjo and Babangida, in that order.

An encrypted message attached to the photograph which she posted on her Twitter handle, reads, “Who has a copy of the movie called. “THE GOOD, THE BAD AND THE UGLY?” The Good, Bad and Ugly.”

Onochie, however, did not give reasons for sharing the photographs and the encrypted message. See photo below.