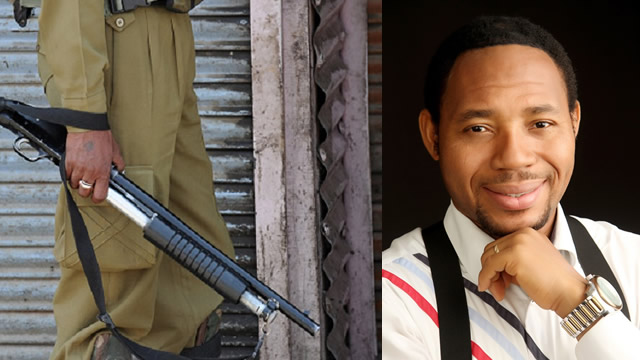 The robbers, heavily armed, emerged from the bush and robbed them off their valuables, including some cash.

The musician and his band were said to have alighted to ascertain the real cause of the sudden breakdown in their car when they were attacked.

The bloodthirsty attackers, who were apparently on a different mission stabbed the singer close to his spinal cord.

Morgan is currently receiving treatment in a hospital in Gwarinpa, Abuja.

Recounting his ordeal from the hospital bed, Morgan told newsmen that, “As if that was not enough, the man took his knife and wanted to slit my throat and I began to shout Jesus and hit the sword and it injured my hand.

“I summoned courage and I took off and they went after my boys, they chased one of them for close to 30 minutes in the bush but he escaped.

“I was in the middle of the road shouting for help in the pool of my blood when a woman saw me and recognised me. She quickly opened her back door and helped me to enter.

“It was God who saved me and my team. I thank God no life was lost. It was just another distraction by the enemy,” a thankful Morgan told our reporter.

Also speaking on the matter, the singer’s manager, Moses Ogidi Paul, told newsmen that they miraculously escaped from the robbers.