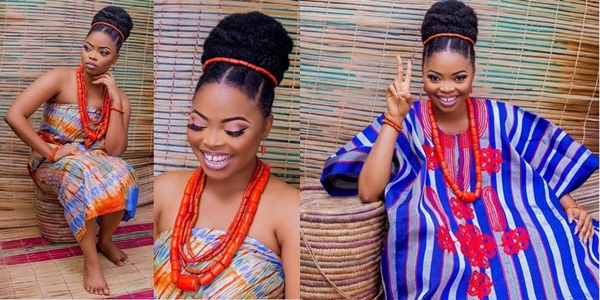 The Nollywood Actress rocks a native outfit (Aso Oke) with beads to celebrate her birthday. 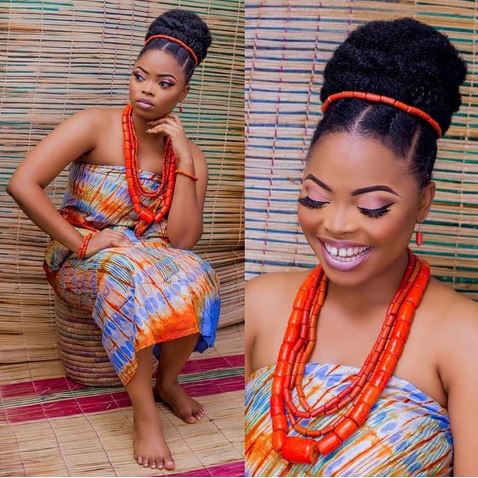 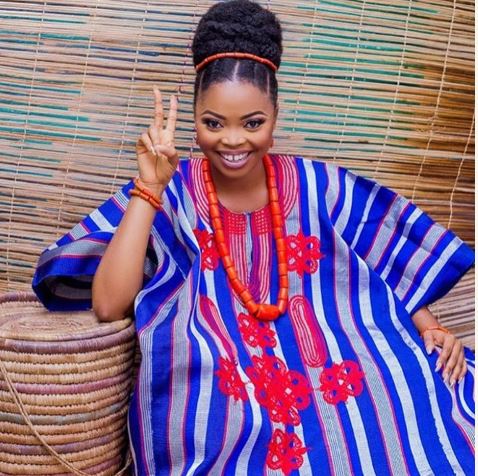 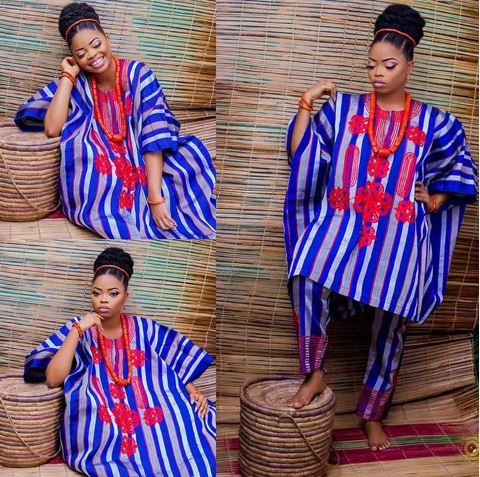 Photos: Fans reacts after Funke Akindele confesses her love for…

Olayode Juliana is from the family of eight she is the last girl in the family and she was brought up in Lagos and she is from Ogun State the state that mostly contains the Ijebu and Egba. She belongs to a ministry called ‘Mine ministry’ people who belong to this group are proud advocate of sexual purity. She worships at The Ark, a church for young adults.
Her stage name Toyo Baby came from the very popular TV series, Jenifa’s Diary where she acted as Jenifa’s friend ( Funke Akindele). She was among the best act in the TV series. She got the role when she went for an audition which she learned about the audition through a broadcast message online which she attended the audition. According to her she said,
“I attended the audition which was meant to start at 10am i got there about 8am to my surprise I saw a large crowd already at the audition , i was number 273 on list for the audition”.

Recent development attest that Olayode Juliana aka Toyo Baby ( Toyosi) have departed with Funke Akindele .
After the successful screen play by Olayode Juliana in Jenifa’s Diary she also have featured in movies like Couple Of days, Where Does Beauty Go, Rivers Between, Life Of Disaster which will be out soon about student life .