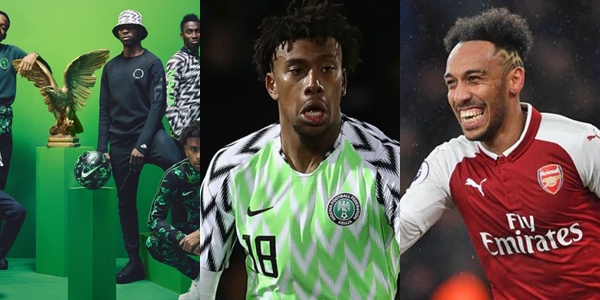 Arsenal striker, Pierre-Emerick Aubameyang has expressed his admiration for the Super Eagles jersey for the Russia 2018 world cup. In a tweet, he begged his fellow Gunners Alex Iwobi to save one for him.

The Super Eagles world cup jerseys and kits have been named the best for the Russia 2018 tournament. The kits immediately sold out hours after they were launched with Nike saying they don’t have plans to restock.

The lack of availability of the jerseys in Nigeria has led to the production of counterfeits which are fast selling.