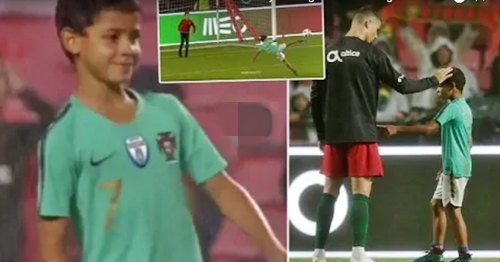 Five time world best player and Portugal international footballer, Cristiano Ronaldo‘s 7-year old son on Thursday night, June 7, proved that he has the same skills with his father when he scored two excellent goals in a kick-about.

Ronaldo Jnr scored this goals after Portugal’s 3-0 win over Algeria in an international friendly as part of their preparations for the 2018 World Cup. 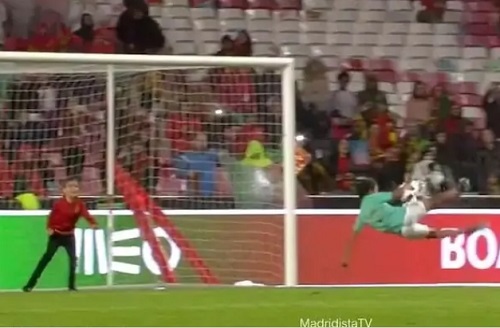 His father made his first appearance since the Champions League final win over Liverpool, but he was unable to score against the Algerians.

After the match in Lisbon, Ronaldo’s son then entered the pitch with other youngsters and he demonstrated good skills to the delight of his father.