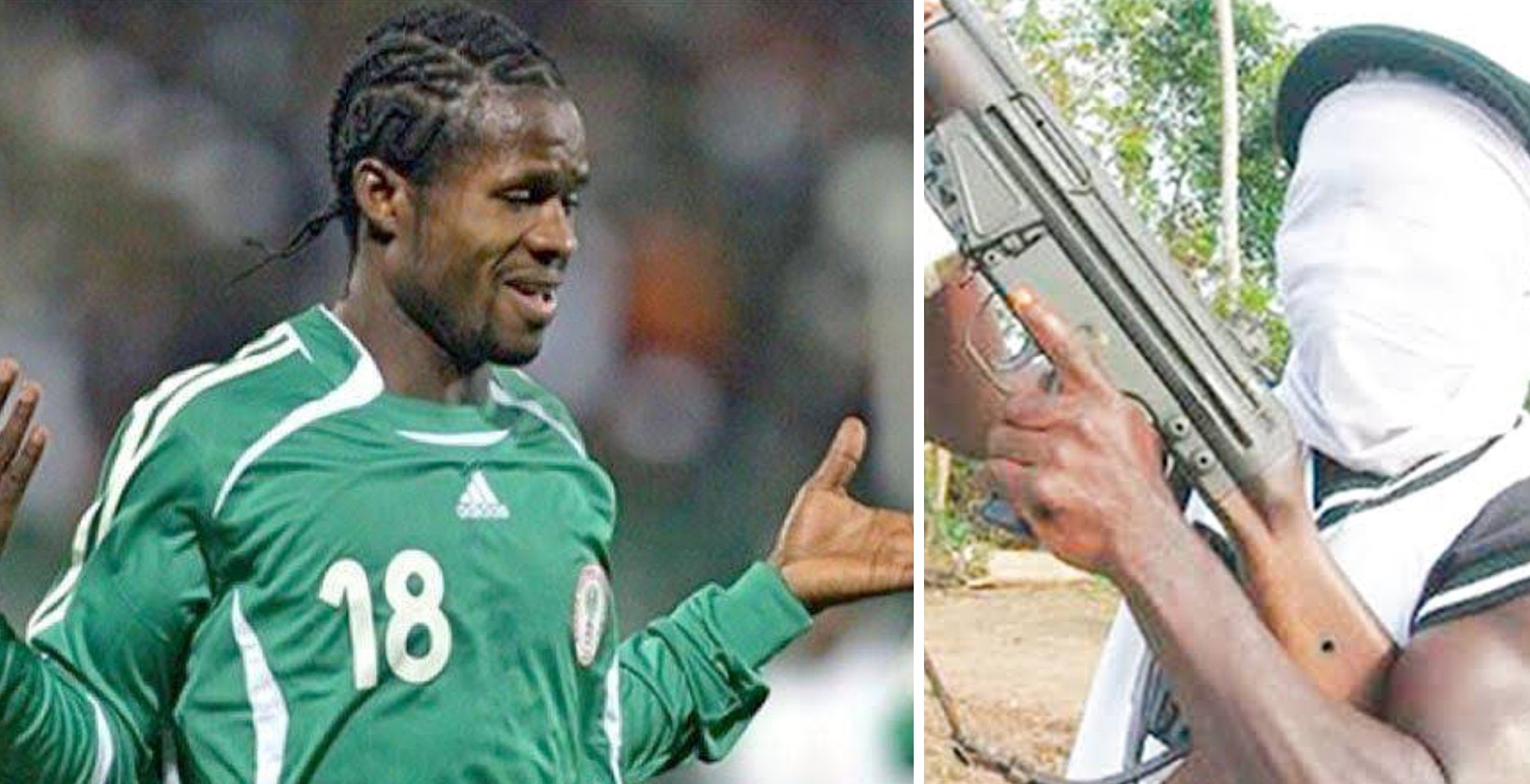 Obodo, 36, was abducted by the gunmen when he stopped by to buy bananas on Sunday, the Police Public Relations Officer, Delta State Command, Onome Onovawakpoyeya revealed.

“Obodo was kidnapped at about 5pm on Sunday around Ishaka Hotel just along Refinery Road,” Onovawakpoyeya said.

“He was with his girlfriend when he was abducted. They both stopped by the road to buy bananas.”

She added that no demand has been made for his release.

This is the second time the former Udinese midfielder has been kidnapped by gunmen.

The former Nigeria international and Udinese star was also abducted by unknown gunmen on June 9, 2012, on his way to church in Warri.

But day after he was taken, police tracked his abductors to Isoko, just outside Warri, where they found Obodo and arrested some suspects.