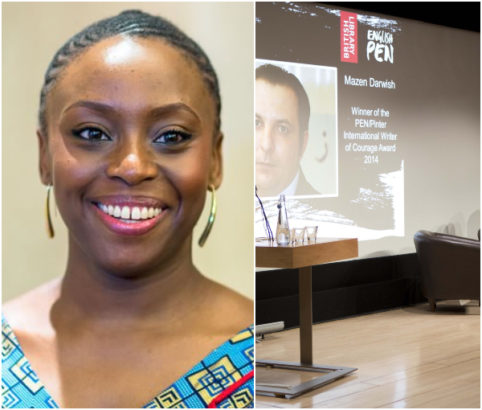 Nigerian celebrity writer, Chimamanda Ngozi Adichie has been awarded the PEN Pinter Prize 2018 for her “refusal to be deterred or detained by the categories of others”.

The annual prize is given annually to a writer from Britain, the Republic of Ireland or the Commonwealth who, in the words of Harold Pinter’s Nobel speech, casts an “unflinching, unswerving” gaze upon the world, and shows a “fierce intellectual determination … to define the real truth of our lives and our societies”.

Praised by the judges for being “sophisticated beyond measure in her understanding of gender, race and global inequality”, Adichie will collect the accolade at a public ceremony at the British Library in October, where she will deliver an address and also announce her co-winner, the International Writer of Courage 2018, selected from a shortlist of international cases supported by English PEN.

This year’s judges, who named Chimamanda Adichie the winner of the prize, were President of English PEN Philippe Sands, historian, biographer and widow of Harold Pinter Antonia Fraser, writer and critic Alex Clark, poet, playwright and performer Inua Ellams, and chair of Judges and chair of trustees for English PEN Maureen Freely.

Freely said of Adichie, the winner of the Commonwealth Writers’ Prize, the Orange Prize, and the US National Book Critics Circle Award: “In this age of the privatised, marketised self, Chimamanda Ngozi Adichie is the exception who defies the rule. In her gorgeous fictions, but just as much in her TED talks and essays, she refuses to be deterred or detained by the categories of others. Sophisticated beyond measure in her understanding of gender, race, and global inequality, she guides us through the revolving doors of identity politics, liberating us all.”

Adichie commented: “I admired Harold Pinter’s talent, his courage, his lucid dedication to telling his truth, and I am honoured to be given an award in his name.”

Chimamanda Adichie Reveals Why She Stopped Attending Churches In…

“I Don’t Represent Nigeria, I’m An Ambassador Of Myself”, Chimamanda…

Adichie will be awarded the prize on 9 October, when she will also announce her co-winner, the 2018 International Writer of Courage.