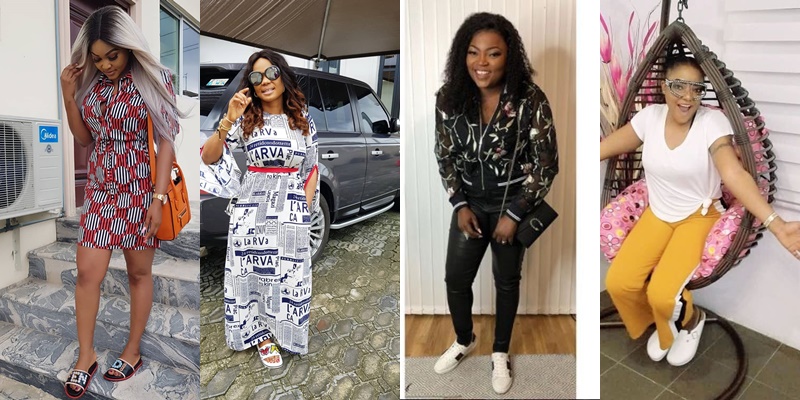 Top 5 Most Hardworking Yoruba Actresses and their business lines

Having a huge fanbase isn’t so bad and the actresses below have optimized such an advantage.

Gone are the days where instagram is just a platform for celebrities to flaunt their wealth and post selfies. Now it is a money making hub.

They have capitalized on this and it’s really making them excel in the practical business world.

“My Love, You Are A Blessing To This Generation”, JJC Skillz gushes…

Mag divas is a clothing line she launched some years back. She recently opened a branch in Ibadan this year.

Iyabo Ojo has is a woman of many talents. Actress, Mother, Business woman – you name it.

She runs a studio, an academy, a clothing line and just last year opened a restaurant that sells local delicacy, amala.

Eniola is pretty new into all these but she is competent.

She is the founder of Lighthouse pictures and also runs a hairline, Rolad hairs that delivers affordable synthetic hair.

Call her the pillar of the Nigerian Movie Industry and you might actually be right. Funke Akindele has evolved in leaps and bounds since her “I need to know” days.

She operates a production house and record label – alongside her husband.

What about the smashing success of comedy series, Jenifa’s diary?! Let’s not even begin

Tayo is a superwoman. It’s astonishing what the light skinned beauty has been able to amass besides acting. She’s the founder of a mmovie/tv production company, runs a cosmetics and fashion line.

What more can we say?