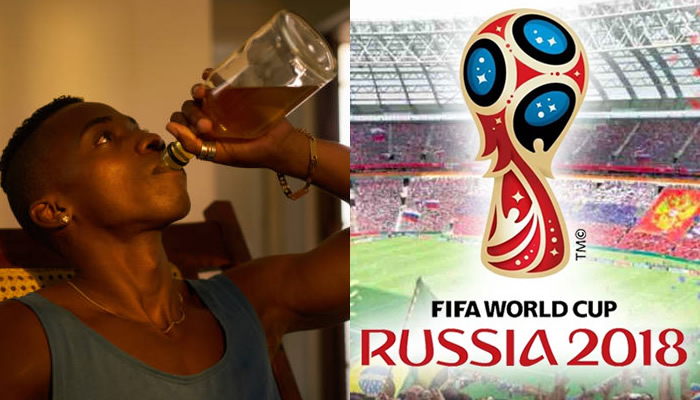 Drunken Nigerian man identified as Tolulope Akindi who came to witness World Cup in Moscow city of Russia has been thrown out of his apartment.

There was a mild confusion in an apartment building on Brusilov Street in Moscow on Saturday after a drunken Nigerian fan Tolulope Akindi was thrown out of the window of the two-storeyed building, Russian Sports Express reports.

According to the telegram channel Mash, the 26-year-old Akindi came to Russia for the 2018 World Cup matches. The channel said the Nigerian had too much to drink drank too much and got out of the door to his room and began to sing and dance loudly at the entrance of the apartments, which were on the second floor of the building.

The other tenants reportedly asked the Nigerian to calm down but he ignored their requests. This prompted one of them to push him out of the one of the windows on the floor.

Akindi landed awkwardly and injured himself but he is currently hospitalised with a fracture of both heels.