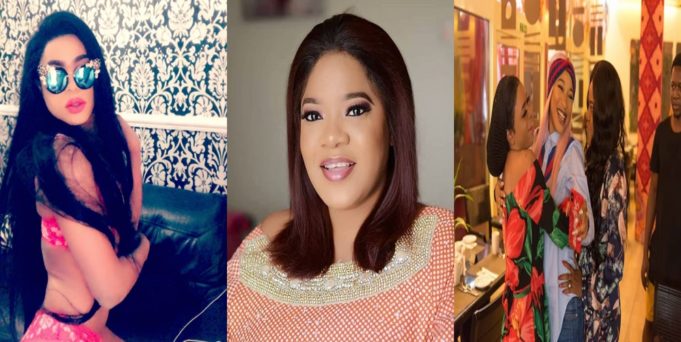 Bobrisky issues warning to all of Toyin Aimakhu’s haters

Controversial Nigerian cross dresser, Bobrisky has once again swung to the defense of one of his close associate, Nollywood actress, Toyin Abraham who has been getting a lot of heat from fans and other celebrities over her alleged beef with Mercy Aigbe.

With so much hate being spewed the way of actress Toyin Aimakhu at the moment, Bobrisky has made it known he will not just sit on the side lines and watch while they destroy her image publicly over a beef that was never really there.

Bobrisky revealed that he has a very small circle of friends that he loves dearly and does not joke and consequently folks attacking them should be careful.